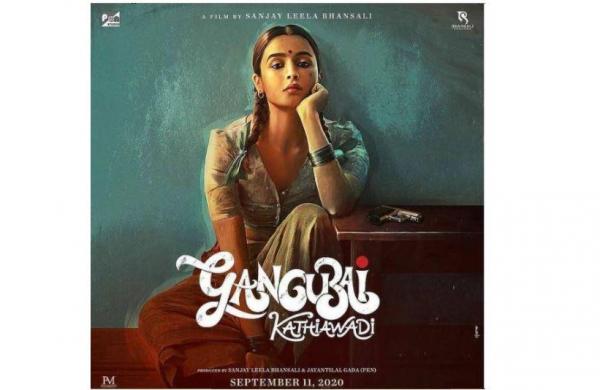 S Hussain Zaidi, Jane Borges, Bhansali Productions Pvt Ltd, Sanjay Leela Bhansali and Alia Bhatt have been issued summons and they have been asked to present themselves before the court on May 21.

A man named Babuji Rawji Shah (74) years, who claims to be the son of Gangubai Kathiawadi, had filed a suit in the court against the movie in December.

ALSO READ: Who really was Gangubai Kathiawadi and can Alia Bhatt do her justice?

Based on the book ‘Mafia Queens of Mumbai’ written by S Hussain Zaidi, the film showcases the rise of a girl named Gangubai Kothewali, a brothel owner and matriarch from Kathiawad who had no choice but to embrace the ways of destiny and swing it in her favour.

The complainant has alleged that his mother is shown as a prostitute in the book as well as in the movie.

“Further it is shown that she was the brothel keeper and mafia queen. These things are tarnishing the image of his deceased mother as well as his family,” read the court order.

“The novel was already published, however, the complainant has claimed that he had no knowledge of the book and came into light only on the social media, news and transmission of the promo of the upcoming film. In the novel as well as the promo they have not only used the name of his mother but also used her surname along with the residential area i.e. Kamathipura, where his deceased mother was identified and had a reputation in the society, before her death,” it said.

Shah claimed his mother had always worked for the rights of sex workers and the prevention of human trafficking.

After the release of the movie promo, the complainant alleged people in the vicinity are now are asking rates of his daughter and daughter-in-law and demanding sexual pleasure from them.

The complainant has stated his consent was not obtained by all the accused (persons who have been summoned) prior to the publishing of the novel and thereafter without his consent and knowledge of the promo has been released.

“To portray the image of deceased Gangubai without the consent of family members amount to defaming her image… Prima facie, it shows that the complainant and his family members are suffering from mental agony due to the novel and promo, read the court order.

The complainant has filed the complaint at Nagpada Police Station.

The makers have announced the theatrical release date of the film on July 30 this year.The film marks Bhansali’s first collaboration with Alia. This project will also see Bhansali Productions collaborating with Jayantilal Gada’s Pen India Limited.