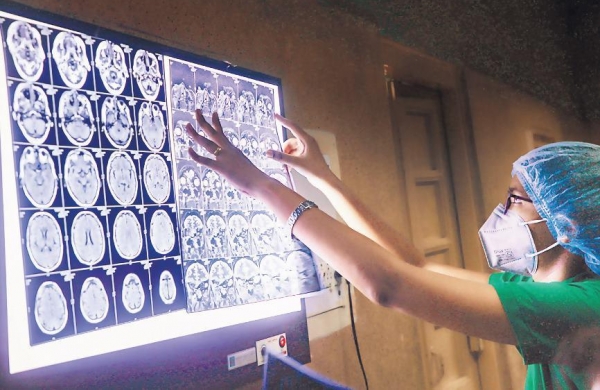 By PTI
SHIMLA: The second case of black fungus infection has been detected in Himachal Pradesh, officials said on Saturday.

The woman is currently being treated at the IGMC here, where she has been referred from Arki, he added.

She has undergone surgery at the hospital and her condition is stable, Dr Janak Raj said.

The second case of the black fungus infection was reported in the state a day after the state government issued a notification declaring mucormycosis an epidemic disease for one year and two days after its first case was detected.

The first case of mucormycosis was detected in the hill state on Thursday.

A native of Khagar in Hamirpur district was diagnosed to be suffering from mucormycosis.

Dr Janak Raj, meanwhile, said there is no need to get scared of the black fungus infection.

He said, “Mucormycosis is not a new disease and it is a non-contagious disease. Fifty-five more people died from coronavirus in Himachal Pradesh on Saturday as 2,341 fresh cases pushed the state’s infection tally to 1,77,725.”

So far, the disease has claimed 2,693 lives in the state.

According to the data updated by the Health Department till 7 pm, the state has 28,788 active cases of the disease.

A total of 5,017 patients recovered from the disease on Saturday, pushing the count of recoveries so far to 1,46,219, a senior official said.”