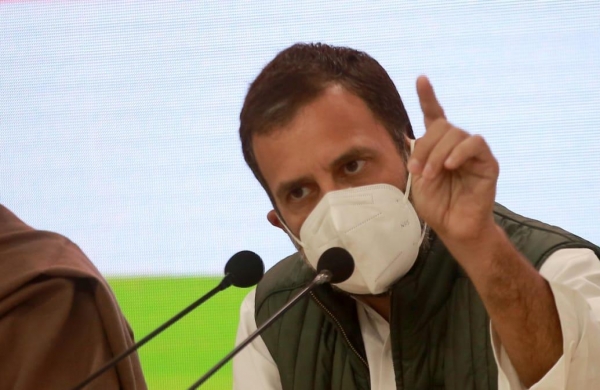 By PTI
NEW DELHI: Describing the Union Budget as “crony-centric”, Congress leader Rahul Gandhi on Thursday said the micro, small, and medium enterprises (MSMEs) were given no low interest loans or GST relief which meant that the employers of India’s largest workforce were “betrayed”.

The Congress had earlier slammed the budget, saying it was a “let down like never before”.

The Opposition party had claimed that the budget will unravel soon.

Finance Minister Nirmala Sitharaman on Monday presented the budget for 2021-22 in the Lok Sabha from a tablet, instead of a conventional paper document, the first paperless budget since Independence.

In his first reaction to the budget on Monday, Gandhi had alleged that the Narendra Modi government plans to handover the country’s assets to crony capitalists.

The BJP leaders had lauded the budget for its focus on a number of measures, including substantial allocation for healthcare sector, capital expenditure, tax exemption for senior citizens and incentives for start-ups among others.