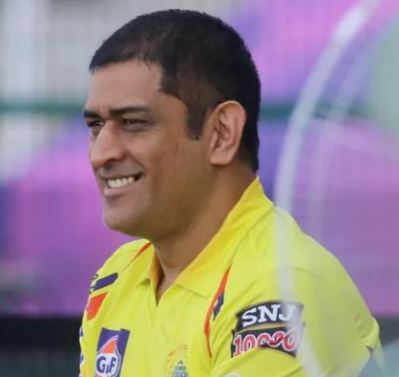 Former Indian cricket captain MS Dhoni has a special love for chicken which can be easily noticed from his Twitter bio. The former Indian captain describes himself perennially hungry for chicken butter masala. As a result, Kadaknath, which is among the highly nutritious chickens found in India, has been on the mind of MS Dhoni recently. The Black Chicken variety that comes from Bheelanchal region of Madhya Pradesh, is soon to become the next part of Dhoni’s organic farm.

Sources suggest that Dhoni’s team, who is associated with his organic farm, has ordered over 2000 variety of those chickens from Madhya Pradesh. A poultry farmer named Vinod Medha, who resides in the Thandla village of the Jhabua district, has gotten the opportunity to supply over 2000 of those chicks to MS Dhoni’s team in Ranchi. Vinod Medha now faces a race against time as the farmer has to deliver all those chickens within the December 15 deadline to Dhoni’s team. Dhoni is expected to farm the chickens at his Ranchi farmhouse.

Kadaknath Chicken, also known as Kali Masi, gets its name because of its black color. This unique breed of chicken is often found in the tribal-dominated areas of Madhya Pradesh. After being involved in a legal battle with Chhattisgarh, the Kadaknath chicken meat finally got its GI tag in 2018.

Speaking with The New Indian Express, Vinod Medha revealed how he was contacted by MS Dhoni’s farm managers by the Krishi Vikas Kendra (KVK) and MP Kadaknath mobile phone app. He goes on to add how he got the 200 chicks 5 days ago alongside the advance payment for the same. Medha also revealed the pride he feels in supplying Kadaknath chicks to the farm of one of the most famous cricketers of India.