Mr. Baghel spoke to the women commandos of Dantewada who defused the IED bomb and appreciated their adventure 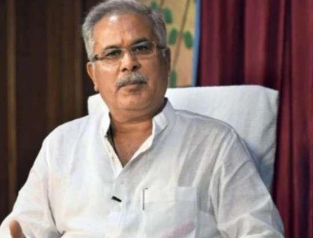 Encouraging the enthusiasm of the police force including the women commandos, the Chief Minister said that the courage and courage with which the police and para military force personnel are working on the Naxalite front will soon be successful in eradicating the Naxalite problem in Bastar region. He said that the police force is getting success in winning the trust of the people of the area through its works.
Naxalites had planted a ten kg IED bomb in Suranar Tatum Marg of Katekalyan police station area of ​​Dantewada district. After the police got the information, the force took out the bomb, the female commandos Ms. Lakshmi Kashyap and Ms. Vimala Mandavi, who were in the team of DRG’s anti-bomb squad, defused the bomb. Informing the Chief Minister about her actions, the Women Commando Ms. Vimala Mandavi said that when the new camp is opened in the rural areas, they go among the villagers and tell them that the new camp is being started for your safety. Bastar IG Shri P. Sundararaj, senior police officers and members of DRG’s Anti-Bomb Squad Team were present on the occasion.