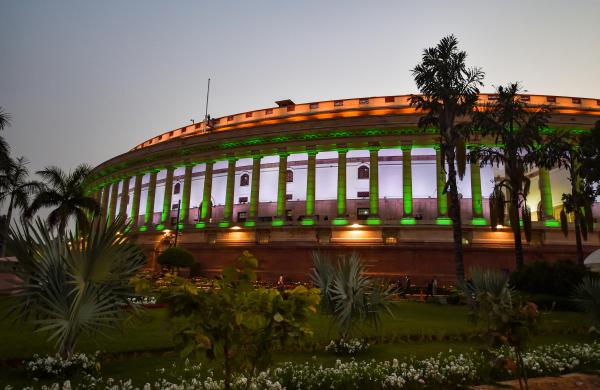 By Express News Service
NEW DELHI: Amid thin attendance on the first day of the Lok Sabha, MPs sought an early conclusion of the second half of the Budget session due to Assembly elections in four states and a UT.

While the session is scheduled to conclude on April 8 while polling begins on March 27.

The Finance Bill and demand of grants are key business of the House to be taken up along with other legislative proposals during the session.

Union Minister for Parliamentary Affairs Prahlad Joshi told reporters that over 100 MPs have written to the Lok Sabha Speaker, seeking an early conclusion of the Budget session.

He said whatever the Speaker and the Rajya Sabha Chairman decide, the government will abide by it.

Regional parties, including the TMC, DMK, AIADMK and the Left, are busy canvassing in Assam, Kerala, West Bengal, Tamil Nadu and Puducherry.

The BJP has also rushed a number of leaders to the poll-bound states.

Also, both the Houses will revert to the normal schedule of sittings from 11 am from Tuesday, which was the norm before staggered timings were adopted to meet Covid-19 guidelines.