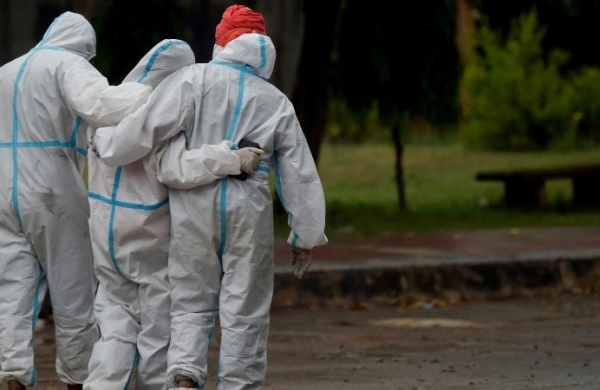 By Express News Service
BHOPAL:  Every family in Madhya Pradesh, which lost one or more members to Covid-19 in the second wave, will get Rs 1 lakh as ex-gratia, Chief Minister Shivraj Singh Chouhan announced on Thursday.After a virtual meeting with BJP legislators during his visit to Indore, the CM said: “We tried our best to save the loved ones of every family, but many families lost their members, despite all our efforts.

Words of sympathy aren’t enough, as they’ve suffered irreparable losses. Every family which lost its member during the second wave will be granted a sum of Rs 1 lakh.” Since March, Madhya Pradesh has officially lost around 3,500 lives to the virus.

The announcement by Chouhan, makes Madhya Pradesh the second state after Delhi to offer ex-gratia to families which have lost their loved ones. Delhi Chief Minister  Arvind Kejriwal had announced that these families will receive Rs 50,000 each.

MP has announced other beneficial schemes also. On May 14, the CM had announced a monthly sum of Rs 5,000 for children left orphans by the pandemic. There is also an announcement of free ration, education and interest-free loan to the kin of these children, who would be taking care of them.