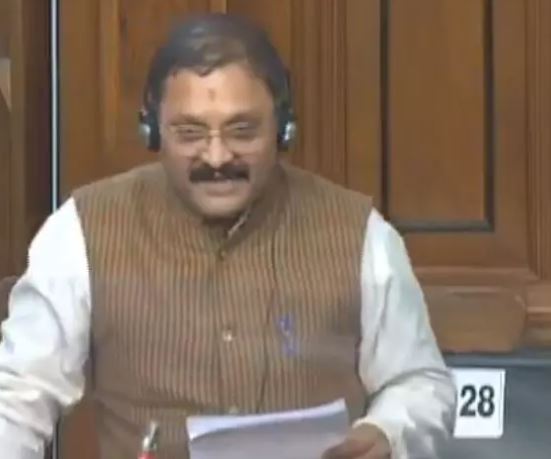 Santosh Pandey, BJP MP from Rajnandgaon, on Friday demanded that Chhattisgarhi folk culture should be promoted in the broadcast medium in the Lok Sabha. On which Union Information and Broadcasting Minister Prakash Javadekar has said in the House that soon they will try to fulfill this demand.
MP Santosh Pandey started his speech in the Lok Sabha with the song Chhattisgarh State and said that the way India has been given mother status all over the world. Similarly, Chhattisgarh has got the status of mother. He said that the birthplace of Mata Kaushalya is Chhattisgarh, which needs her language.
Said that 2 crore people in Chhattisgarh speak in Chhattisgarhi dialect. In order to promote Chhattisgarh folk culture, the Union Minister has been demanded to be broadcast in Chhattisgarh language in the medium of broadcast. On the demand of Rajnandgaon MP Santosh Pandey, Union Information and Broadcasting Minister Prakash Javadekar said in the House that respect of Indian languages ​​is the policy of the Central Government. He said that we will consider what can be done immediately.