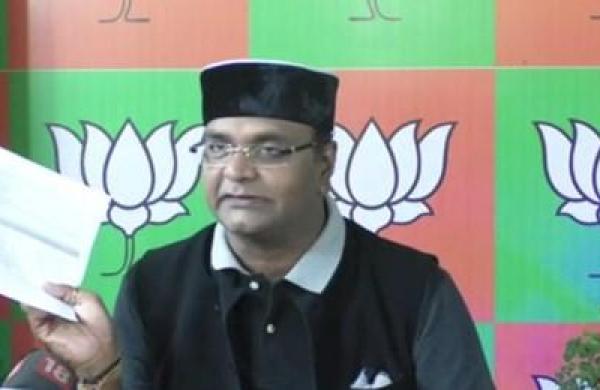 Express News Service
BHOPAL: The Madhya Pradesh Raj Bhavan anecdote about the country’s first PM Jawaharlal Nehru’s visit to Bhopal, which was shared by a state cabinet minister, has triggered a political controversy.

Vishvas Sarang, the Minister for Medical Education and Bhopal Gas Tragedy Relief tweeted on Tuesday, sharing a decades-old Raj Bhavan anecdote by Hari Vinayak Pataskar, who was the state’s Governor from June 1957 to February 1965.

The anecdote read, “On a visit of Jawaharlal Nehru to Bhopal, the Raj Bhavan staff realised that the favourite cigarette brand of Nehruji “555” was not available in the Raj Bhavan. Nehruji used to smoke after his meals. The staff immediately sent a plane to Indore for air-lifting Nehruji’s favourite pack, which was kept ready at the Indore Airport.“

Reacting sharply to the tweet, MP Congress general secretary (media) and a sworn Gandhian KK Mishra said on Wednesday, “Vishvas Sarang wasn’t even born when Jawaharlal Nehru was alive. It wasn’t Nehruji’s crime that he was born in a financially strong family and studied abroad. Nehruji spent 18 years of his life in jail for fighting for the country’s independence. Air-lifting Nehruji’s favourite cigarette pack from Indore as it wasn’t available at Raj Bhavan in Bhopal wasn’t Nehruji’s fault, but the fault of then flatterer bureaucrats. Before tweeting on Nehru, Sarang should ask himself and then tell us whether his own leader, the present PM Narendra Modi is actually pursuing the character and ethics of Bhartiya Jan Sangh founders and ideologues Deen Dayal Upadhyaya and Syama Prasad Mukherjee.”

Young Congress MLA Kunal Chaudhary also replied to the tweet, “today’s politicians won’t understand the exalted persona of Jawaharlal Nehru, who spent his entire youth in the jails just for the country’s freedom.”