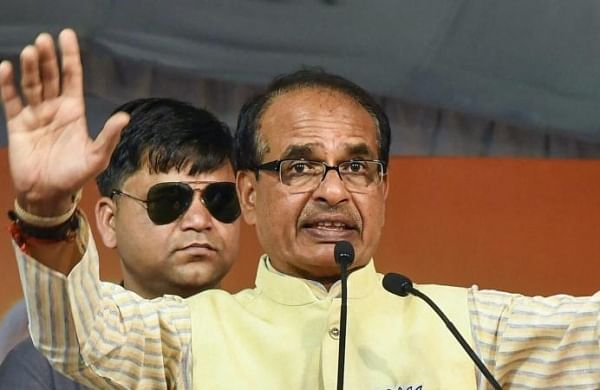 Chouhan launched one of the six Jan Vishvas Yatras of the UP BJP.

He launched the Yatra in Ballia district — the land of the country’s freedom movement revolutionaries Mangal Pandey and Chittu Pandey.

Five other Jan Vishvas Yatras started from other parts of UP, including Jhansi, Mathura, Bijnor, Ghazipur and Ambedkar Nagar districts.

The Yatra is being seen as the reply to SP chief Akhilesh Yadav’s Vijay Rath Yatra and Congress national general secretary Priyanka Gandhi Vadra’s Pratigya Yatra. It aims at spreading among people the good governance of Yogi Adityanath government in UP as well as turn a perfect warm up system for the BJP rank and file across the state.

In his signature style, Chouhan explained how Modi and Yogi represented strong leadership and governance in UP.

Chouhan is expected to play a major role in poll campaign in UP in the coming months.

The role of BJP politicians from MP in UP Assembly poll campaigning assumes more significance, as around 10-15 UP districts housing 50-60 assembly constituencies are bordered by BJP-ruled MP’s Vindhya, Bundelkhand and Gwalior-Chambal regions.

According to informed political sources, the Congress national general secretary Priyanka Gandhi Vadra too has asked his party’s MP unit to send leaders for the grand old party’s campaigning in UP in the coming weeks.