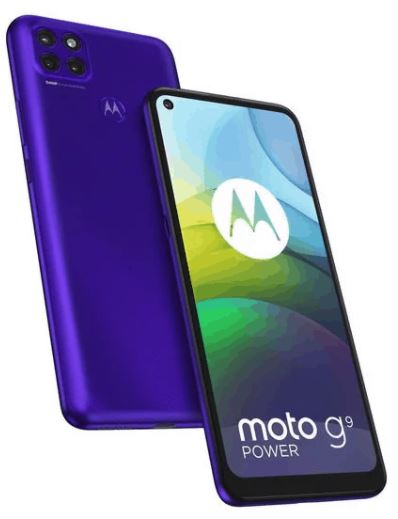 Moto G9 Power is set to launch in India today. The Motorola phone, which sits alongside the Moto G9, Moto G9 Plus, and Moto G9 Play, debuted in Europe last month. It comes with triple rear cameras and packs a large, 6,000mAh battery. The Moto G9 Power also offers a hole-punch display design. The Lenovo-owned company revealed the launch of the Moto G9 Power in India last week — through a tweet posted by the Motorola India account. A microsite for the Moto G9 Power has also been featured on Flipkart to suggest its online availability in the country.

Motorola will announce the India launch details of the Moto G9 Power at 12pm (noon). Shortly after the official announcement, you can expect its pricing to appear on Flipkart.

Moto G9 Power price in India will be revealed at the time of its official announcement later today. Nevertheless, the phone is expected to be priced in line with the EUR 199 (roughly Rs. 17,800)announced in Europe last month. It was for the 4GB RAM + 128GB storage configuration. Moreover, the Moto G9 Power comes in Electric Violet and Metallic Sage colour options.