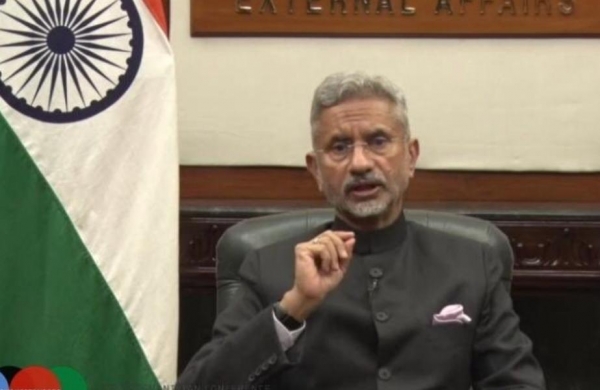 By PTI
NEW DELHI: Motivated campaigns targeting India will never succeed, External Affairs Minister S Jaishankar said on Wednesday, in comments that came on a day his ministry hit out singer Rihanna and climate activist Greta Thunberg for their support to farmers agitating against the new agricultural laws.

A tweet by Rihanna extending support to protesting farmers triggered a wave of support for them by a number of global celebrities, activists and politicians. “Motivated campaigns targeting India will never succeed. We have the self confidence today to hold our own. This India will push back,” Jaishankar said on Twitter with hastags #IndiaTogether and #IndiaAgainstPropaganda.

Motivated campaigns targeting India will never succeed. We have the self confidence today to hold our own. This India will push back. #IndiaTogether #IndiaAgainstPropaganda
— Dr. S. Jaishankar (@DrSJaishankar) February 3, 2021

In a strong response to the remarks made by Rihanna and other celebrities and activists, the Ministry of External Affairs earlier said the “temptation” of sensationalist social media hashtags and comments is “neither accurate, nor responsible”.

Rihanna on Tuesday became the first global name to voice her support to the ongoing farmers agitation while criticising the Internet shutdown at the protest sites at Delhi border.

In its reaction, the MEA also said some “vested interest groups” are trying to enforce their agenda on the protests and that a very small section of farmers in parts of the country have some reservations about the farm reforms which were passed by the Parliament after a full debate and discussion.

“Before rushing to comment on such matters, we would urge that the facts be ascertained, and a proper understanding of the issues at hand be undertaken,” the MEA said in the statement on ‘recent comments by foreign individuals and entities on the farmers’ protests’.