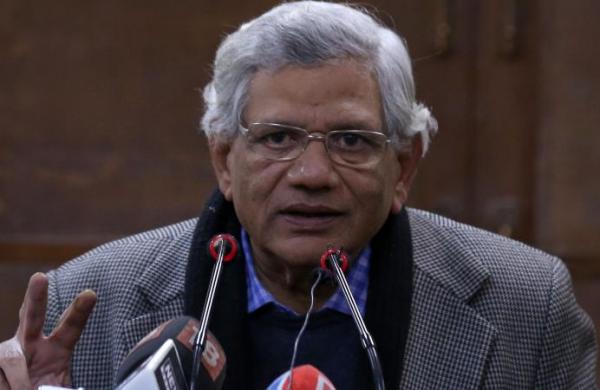 By PTI
NEW DELHI: Jumping on the ‘pawri ho rahi hai’ bandwagon, CPI(M) general secretary Sitaram Yechury on Thursday used the trending meme to mock the Centre’s explanation for renaming a cricket stadium in Gujarat after Prime Minister Narendra Modi saying it was a “pawri (party) of cronies”.

Soon after President Ram Nath Kovind inaugurated the refurbished Sardar Patel cricket stadium, which will be known as ‘Narendra Modi Stadium’, in Ahmedabad on Wednesday, social media was flooded with remarks including by some leaders of the Congress and other opposition parties who alleged that the renaming exercise amounted to an “insult” to Sardar Patel.

However, the government said the name change involves only the Motera stadium and the sports complex where it is located will continue to be named after Sardar Patel.

“Yeh Narendra Modi Stadium hai, yeh iske do Ends hain. Aur yeh cronies ki pawri ho rahi hai (This is the Narendra Modi Stadium, these are its two ends. And a party of cronies is going on),” Yechury said in a tweet, sharing a picture which showed the names of two bowling ends of the stadium — “Reliance” and “Adani”.

In the short video clip, Mobeen is heard saying, “Ye humari car hai, ye hum hain, aur ye humari pawri ho rahi hai (This is our car, this is us and this is our party going on).”

Spread over 63 acres, the Narendra Modi Stadium is the world’s largest cricket arena that can accommodate 1.32 lakh spectators.

It has been built at an estimated cost of Rs 800 crore.