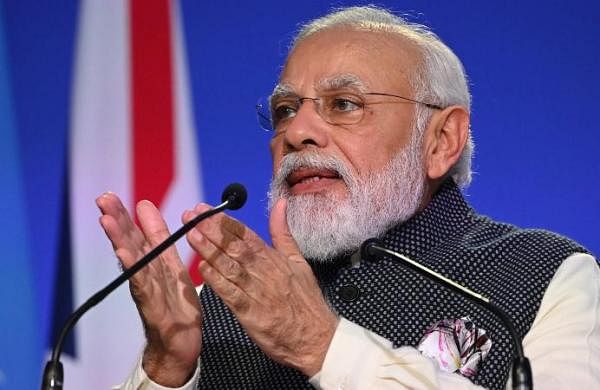 VARANASI: A mosque on the road leading to the Kashi Vishwanath temple here has been painted “saffron” by the authorities ahead of Prime Minister Narendra Modi’s expected visit on December 13, according to a masjid committee panel member.

There was no immediate comment from the authorities over the claim but an official had earlier said all buildings on the road are being given an uniform colour, which is “light pink”.

After an objection was raised by members of the Muslim community, the mosque located in the Bulanala area is being repainted white again.

Mohammad Ejaz Islahi of the Anjuman Intezamia Masjid Committee said, “The mosque was first white in colour. It was painted saffron. The masjid committee was not consulted.”

He alleged that is was done under a “conspiracy” and they submitted their objection to the Kashi Vishwanath temple office.

Efforts were also made to raise the objection before the district magistrate but he could not be met, Islahi said.

“Later, the administration understood this and the mosque is being painted white,” he added.

Sunil Verma, Secretary of the Varanasi Development Authority (VDA) and the Chief Executive Officer of the Kashi Vishwanath temple, had earlier said the buildings on the road leading to shrine are being given an uniform colour.

Most structures in the area are made of sandstone, which is of “light pink” colour, he had said.

The buildings of the area are being painted with this theme, he had added.