More time for panel to submit report on breach of privilege notices against Arnab, Kangana 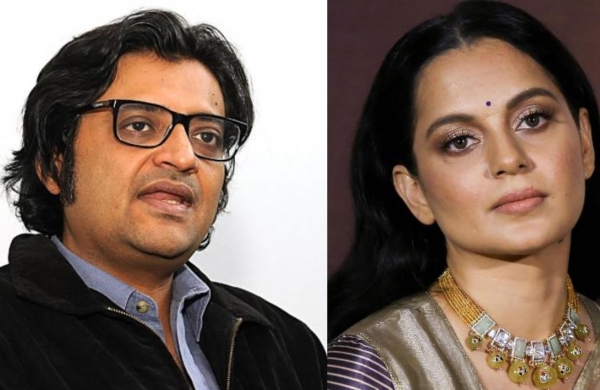 By PTI
MUMBAI: The Maharashtra legislature on Friday extended till the last day of next legislature session the time for the privileges committee to submit its report on breach of privilege notices against journalist Arnab Goswami and Bollywood actress Kangana Ranaut.

A proposal for deadline extension was moved in the Assembly by privileges committee chairman Deepak Kesarkar.

Shiv Sena MLA Pratap Sarnaik had submitted the breach of privilege notices against Goswami and Ranaut to the office of the Assembly Speaker on September 7 for their “objectionable” comments.

Sarnaik had taken objection to Goswami’s comments against chief minister Uddhav Thackeray and other ministers while reporting on the Sushant Singh Rajput death case.

The breach of privilege notice against Ranaut was for comparing Mumbai with Pakistan-Occupied Kashmir (POK).

Similarly, Congress MLC Ashok alias Bhai Jagtap had moved a motion against Ranaut on the same day, accusing her of making objectionable remarks about Mumbai and the city police.

The actress last year waded into a controversy after she likened Mumbai to POK and also stated that she feared the Mumbai police more than the movie mafia.

The two houses extended the time of the privileges committee to submit its report on the notices till the end of the next legislature session.