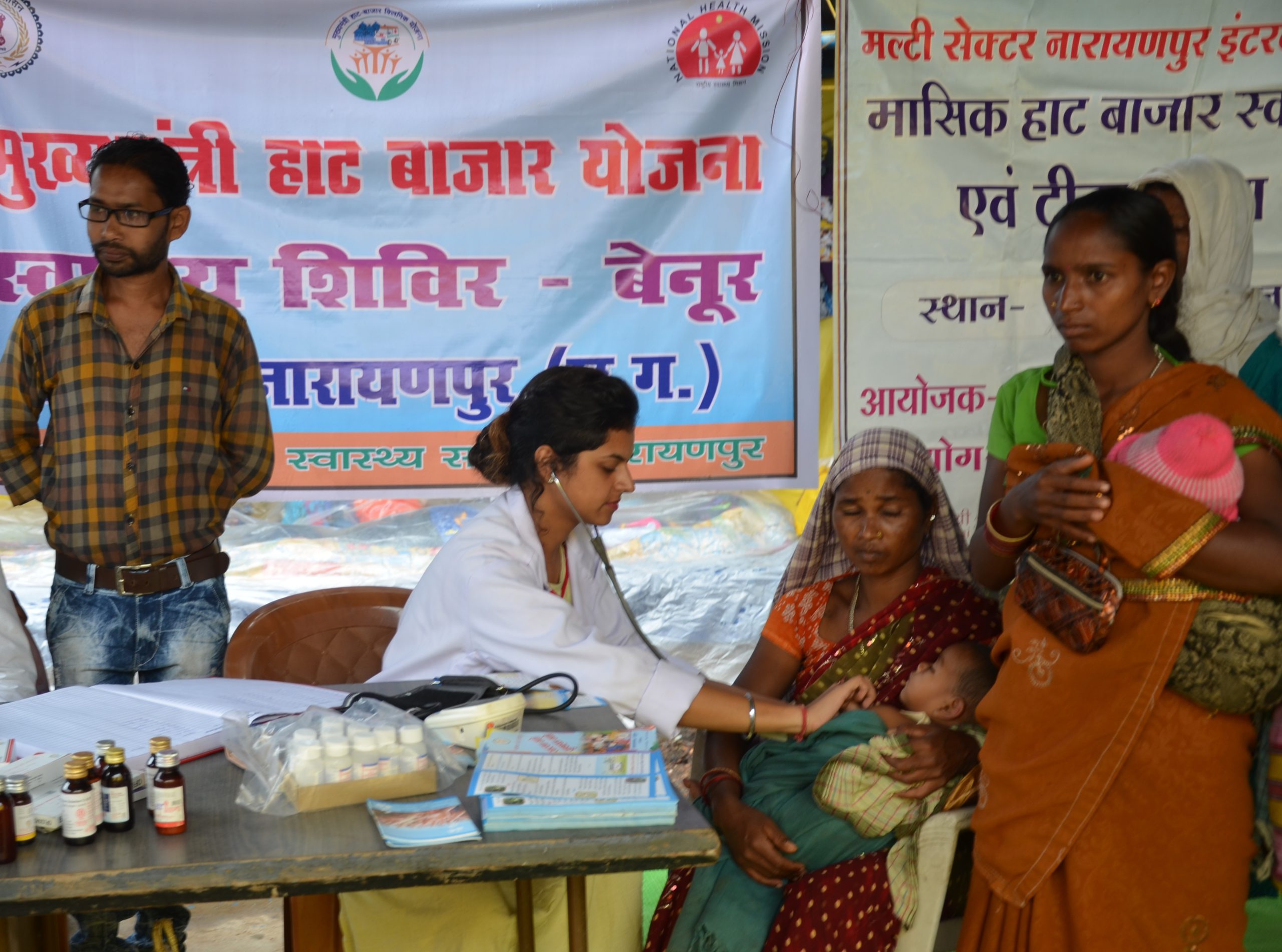 Let us know that the duty of doctors and paramedical teams has been imposed in the weekly hot markets, who are providing free treatment to the patients coming to the market sitting in the weekly hot markets according to the prescribed roster. Patients are not only treated at Hot Bazaar clinics, but BP, sugar, malaria etc. are also examined. Apart from this, vaccination of mothers and infants is also done and free distribution of life saving medicines is also done to them as per the requirement. Since June 2020, more than 5 thousand 391 patients have been treated in the district. In which 2298 people have been tested for malaria, out of which 357 people were found to be malaria positive. Similarly, 244 people were tested for blood deficiency and 5 people were identified as leprosy. On the other hand, 45 said blood pressure, 331 diabetes, 102 pregnant women screened, 154 vaccine vaccinations, 240 eye disorder investigations and treatment, 214 diarrhea cases and 2272 other tests and treatments.