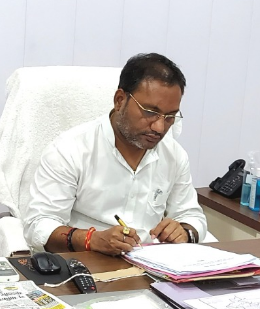 The target is to complete door-to-door tap connections to 42 lakh 54 thousand families residing in forest areas, scheduled caste dominated villages and rural areas of the state in the next three years. Free water connections will be provided to these families under the Jal Jeevan Mission. Public Health Engineering Minister Guru Rudra Kumar informed that under the guidance of Chief Minister Shri Bhupesh Baghel, an action plan has been chalked out by the Public Health Engineering Department to complete this task at a rapid pace. He informed that as per the work plan for supply of pure drinking water in rural areas, the tenderers are being given work on the basis of administrative approval.
Minister Guru Rudrakumar informed that tenders have been given for the construction of high-level water works, pipe line extension, civil work, domestic connections, chlorinator and power pump installation at a cost of Rs 9485.60 crore for drinking water facility in rural areas. He informed that after approval of the cabinet for the first time in the state, the rates were justified after obtaining rates through interest of interest for the tenderers. He informed that a target has been set to provide drinking water to rural families of the state through domestic tap connection by September 2023. The list of 1326 Implemented tenderers who have contracted rate contracts for the works of the Water Life Mission in the second phase has been released by the department, these tenderers will soon be given works worth Rs 7080 crore on the basis of administrative approval.