More fear this time than 1990s when J&K militancy was at peak: Pandits 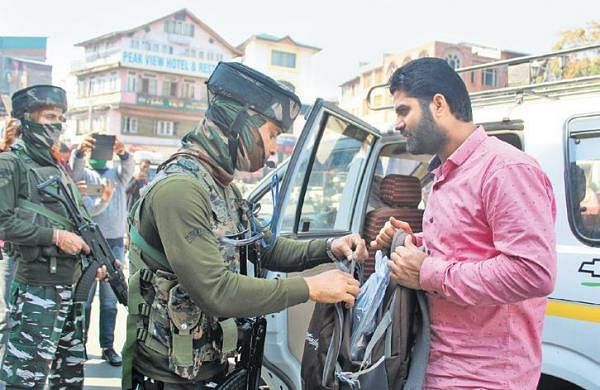 SRINAGAR:  After the recent spate in targeted killings of civilians and minority community members by militants in Srinagar, the Kashmiri Pandits in the Valley said there is more fear this time as compared to 1990 when militancy had erupted in Jammu and Kashmir. However, the Pandit businessman, whose salesman was shot dead by militants near his shop on Monday evening, has asserted that he won’t leave Kashmir.

Kashmiri Pandit Sangarsh Samiti president Sanjay Tickoo told this newspaper that there is more fear, especially in Srinagar, now as compared to early 1990s. “The killings today are taking place at will. This is very dangerous. In the 1990s, the militants were identifiable but today nobody knows anything about these militants,” Tickoo said.

At least 808 Pandit families had not migrated from the Valley after eruption of militancy in early 1990s.“Earlier, I used to go out but nowadays I have restricted my movement. The main door of my house used to remain open during the day but nowadays it remains locked 24×7 and we peep through the window whenever somebody knocks at the door before opening the door,” said another Kashmiri Pandit.

He said this situation was not this alarming when militancy was at its peak in the 1990s. The Kashmiri Pandit businessman Dr Sandip Mawa, whose salesman was shot dead by militants in an apparent mistaken identity by militants on Monday, said he had been alerted by the police about eight months back that he and his father were facing threat.

He said the majority community is also in fear as they are unable to do anything. “They are trying to scare the minority and majority communities”. Sandeep, however, said there is no question of him leaving this place.