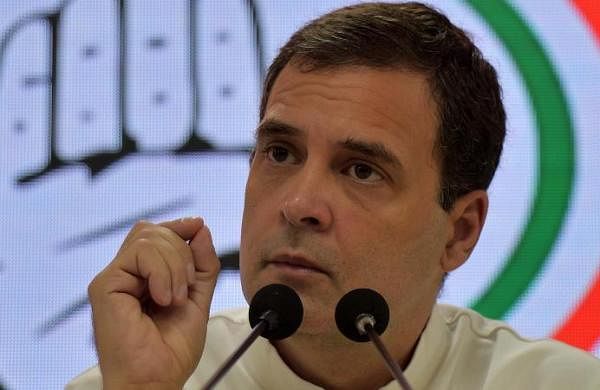 NEW DELHI: Congress could see exit of some other party leaders and results of five assembly elections could be crucial as many disgruntled leaders could leave the party in coming days, say sources.

Exit of former union minister and general secretary RPN Singh has again brought focus on growing list of disgruntled Congress leaders, who feel sidelined in the party and look for better future prospects.

Sources said that results of five election-bound states would be important as many party leaders are waiting to see how party performs.

“Many party leaders are in touch with other parties and we could see exodus in coming days. Party’s win in Punjab, Uttarakhand, Goa is important and if we lose Punjab, it will be a big setback,” said a senior party leader.

The results will also be crucial to decide the party’s new chief with election scheduled in September this year.

“A win in key states where Congress is strong will set the road for Rahul Gandhi’s take over as Congress president and poor performance means that there will be some dissent as he is as of now taking all decisions in the party,” said another party leader.

The party has seen series of senior party leaders leaving saying the party has changed and it lacks leadership to work for the welfare of people. Leaders leaving include, close aide of former party chief Rahul Gandhi and general secretary Priyanka Gandhi Vadra.

There is buzz that veteran party leader Ghulam Nabi Azad, another young leader Milind Deora are also likely to change track. Azad has been working in Jammu and Kashmir and could float a new party ahead of election in union territories.

“There will be an exodus from the party in Gujarat ahead of assembly elections later this year. Many leaders are in touch with other parties and any wrong decision by the party could hurt the parties prospects,” said another leader.

Assembly elections are scheduled to be held in Gujarat and Himachal Pradesh by end of this year.