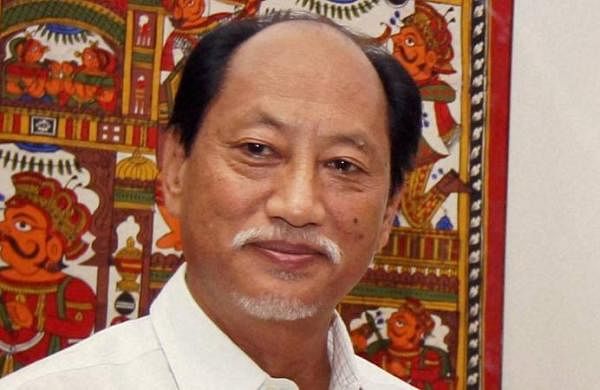 KOHIMA: Nagaland Chief Minister Neiphiu Rio on Thursday said the killing of civilians in Mon district by the security forces was a “clear case of abuse” of the Armed Forces (Special Powers) Act and said the incident, which took place five days ago was not the first instance of the people having to bear the brunt of the draconian law.

Speaking at the ‘In Memorium’ programme organised by the government in memory of the 13 civilians, he said innocent lives have been cut short by the “most unfortunate and careless act of the Indian security forces”.

AFSPA, he said, is law that has colonial genesis and is violative of human rights as it legitimises killing on mere suspicion and the people of Nagaland will continue to demand its repeal.

Expressing his condolences to the Konyak community, to which the civilians belonged, the chief minister appealed them to maintain peace.

He took the opportunity to appeal to all Nagas political groups to “say farewell to arms”.

“Unless we show and prove ourselves to be peace-loving and non-violent people, our demand for the repeal of AFSPA will not carry weight…Let us say that we do not want AFSPA. But let us also show that we do not need AFSPA. Let us also make sure that we do not, in any way, allow any force to derail the hard-won peace process,” Rio urged.

Naga People’s Front legislature party leader T R Zeliang called AFSPA a “black law” which has not brought any good to the nation or its people.

“Rather it has brought shame to the nation”.

It is therefore high time for the leaders of the country to repeal such an act immediately in order to prevent inhuman activities meted out to its citizen, the former chief minister said.

He said the Nagaland government has been writing to the ministry of home affairs almost every year against the application of AFSPA in the state.

“But the Centre continues with the extension of AFSPA in our state despite having ceasefire agreement with NSCN(IM) since 1997 followed by signing of the Frame Work Agreement in August 2015 and the Agreed Position in November 2017.

“This proves that the concept of federalism in spirit and unitary in practice enshrined in the Constitution is defeated,” he said.

It is high time for the entire north east to come together and fight for its future, Zeliang added.

The president of the Kohima unit of Konyak Union, H Angnyei Konyak hit out at a section of the media for their reports that the 13 coal mine workers and daily wage earners killed by the security forces on Saturday at Oting village were insurgents.

This coupled with Union Home Minister Amit Shah’s statement in Parliament that the civilians were fired at when they did not heed the security forces’ order to stop and tried to flee had caused pain and anger in the people, he said.

“Existence of peace in our land is a hard earned one,” he said and echoed Rio’s implorations to revoke the “draconian” AFSPA without any delay.

“Nagas do not want to see another Oting in the country…Our hearts are heavy at the loss of the lives of the innocent civilians,” Konyak added.