Momentum of climate action can be expedited when there is enough financial support: Bhupender Yadav 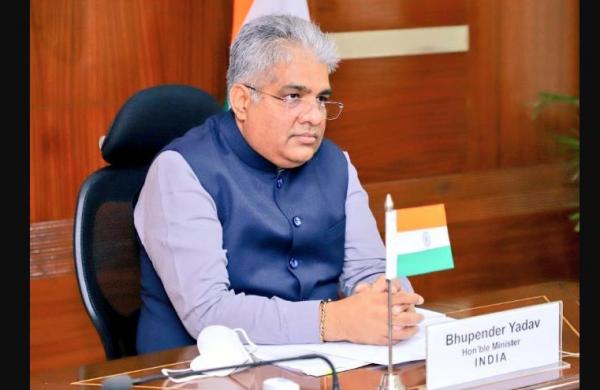 By PTI
NEW DELHI: The momentum of climate action can be accelerated only when there is enough financial and technological support to developing nations, Union Environment Minister Bhupender Yadav said on Friday.

Speaking virtually on the second and concluding day of the 16 th Environment Ministerial Meeting of G20 countries, Yadav sought that the grouping must respond to the call of science for urgent global climate action in this decade.

“World has waited long enough for the delivery of promised climate finance and technologies at low cost. We should not be shifting goalposts and setting new benchmarks for global climate ambition,” he said.

Yadav informed the meeting that under the leadership of Prime Minister Narendra Modi, India has exhibited exemplary resolve by achieving its voluntary commitment of reducing emission intensity.

Speaking at different sessions on climate change, he underlined the need to cut absolute emissions rapidly while taking into account the Paris Agreement, which emphasised on respective historical responsibilities, delivery of promised climate finance and technologies at low cost keeping in perspective per capita emissions, differences in per capita GDP and the unfinished agenda for sustainable development.

The momentum of climate action can be accelerated only when there is enough financial and technological support to developing nations, Yadav said.

While the promised support, on the basis of which developing countries have taken ambitious targets and have ratified the Paris Agreement, was not delivered, we find that new benchmarks for global climate ambition and climate leadership are being proposed,” the minister was quoted as saying in a tweet by the ministry of environment.

In a session on ‘Paris Aligned Financial Flow’ at the ongoing G20 summit, India stated that the momentum of #ClimateAction can only be accelerated when there is enough support through means of implementation, including finance and technology,” Yadav was quoted as saying in another tweet.

He said that common but differentiated responsibilities to combat climate change, according to respective capabilities and national circumstances, lies at the heart of the UNFCCC and its Paris Agreement.

With increase in urbanisation, it is important to create and preserve green spaces and protect biodiversity in urban areas, the minister said in his virtual address at the summit which was held in Naples, Italy.

Yadav stated that India remains steadfast in its commitments to join and lead efforts to combat climate change within the multilaterally agreed convention and its Paris Agreement.