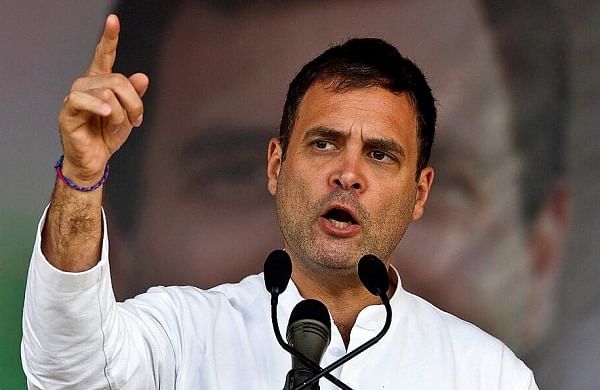 NEW DELHI: Congress leader Rahul Gandhi on Thursday hit out at Prime Minister Narendra Modi, saying his federalism is “not cooperative but coercive”.

His remarks came a day after Modi flagged higher fuel prices in many opposition-ruled states and urged them to reduce VAT in “national interest” to benefit the common man and work in the spirit of cooperative federalism in this time of global crisis.

Gandhi alleged that the prime minister is abdicating his responsibility by blaming states for the high fuel prices even when the Centre has taken 68 per cent of all fuel taxes.

Modi had raised the issue of many states not adhering to the Centre’s call for reducing the Value Added Tax (VAT) on petrol and diesel after his government slashed excise duties on them in November last, and called it “injustice” to people living there and also harmful for neighbouring states.