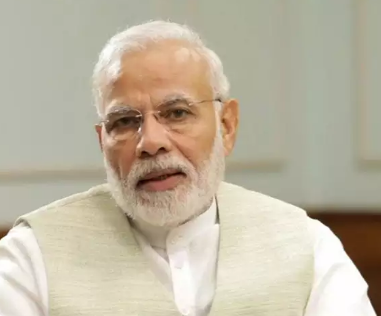 When Prime Minister Narendra Modi announced on Twitter just past 1 pm that he would conduct a televised address to the nation at 6 pm, he set off a now-familiar series of wisecracks on social media.

Ever since he made a sudden appearance on television on November 8, 2016, to declare that 86% of India’s currency notes would become invalid overnight, Modi’s speeches have been viewed with anxiety. On March 24, Modi made a televised speech, again at 8 pm, to announce that a three-week nationwide lockdown would go into effect from midnight in an attempt to control the spread of the coronavirus. That sent people across India scurrying into markets to buy essential items before the restrictions kicked in.

As it turns out, Modi’s speech on Tuesday did not contain any surprises. Unlike some of his previous, lengthy addresses, this one lasted only 12 minutes. The prime minister urged Indians to continue to be cautious about the virus during the festive season, quoting Kabir and the Ramcharitmanas to drive home his message.

He noted that India was doing better than many other countries but noted that even slight carelessness can sabotage India’s progress. “Going through a difficult time, we are moving forward, a little carelessness can stop our movement and spoil our happiness,” he says. “Taking care of responsibilities and vigilance will go hand in hand, only then will happiness remain in life.”

The absence of anything significant in Modi’s address was, of course, grist for meme makers.