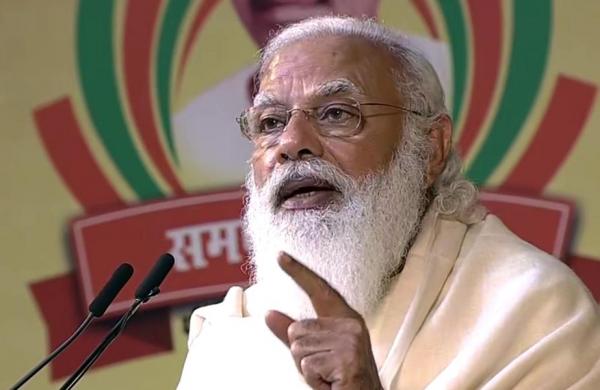 By Express News Service
KOLKATA:  Prime Minister Narendra Modi is likely to visit West Bengal on February 22 and address a rally in Chinsurah, the industrial zone of Hooghly district.  Chinsurah was selected strategically as his previous rally was in East Midnapore district which is known as Bengal’s agricultural region, sources in the BJP said.

As Modi had addressed farmers on February 7, the sources said, he will deliver a message on investment from a place from where Tata Motors were “driven out” by the ruling Trinamool Congress. “It was Mamata Banerjee who had spearheaded a movement against the forcible land acquisition in Singur, Hooghly, and driven out Tata Motors. Since then, Bengal has not any seen any investment. Our party functionaries both national and state are promising investment.

The Hooghly visit will send a message that the BJP is equally focused on farmers and investment,’’ said a senior BJP leader. The BJP’s state functionaries have decided to finding out a venue on the bank of the Hooghly, as factories are located along the riverside and most of them are closed.  “We have identified two places. One is adjoining to Chinsurah court and the other is near the closed Dunlop factory on the outskirts of the district headquarters. Both the venues are on the bank of the Hooghly.

We want the PM to address the rally from the venue near Dunlop factory. It will send a message highlighting the sorry state of investment in Bengal,’’ said another BJP leader. Chinsurah is under Hooghly Lok Sabha constituency which the BJP had bagged in 2019 Lok Sabha elections.  The BJP leader said the Bengal state functionaries has requested the party’s high command for bringing Amit Shah in Singur but it is yet to get a nod from Delhi.