Modi spoke to Swami Rambhadracharya who won the battle with Corona, know what Jagadguru blessed the Prime Minister 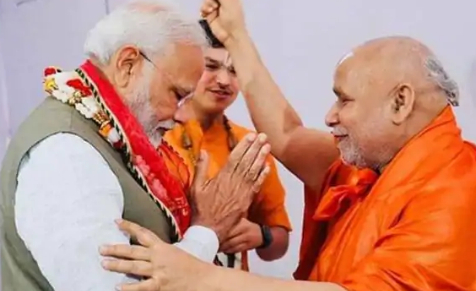