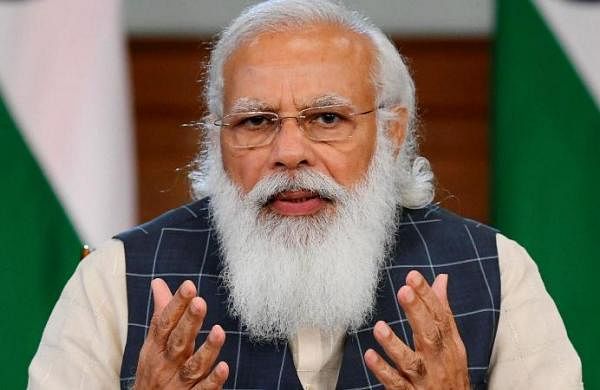 He also praised the Yogi Adityanath government for proper implementation of central schemes in the state. Modi said it was a matter of immense satisfaction that every grain sent to the state reached the intended beneficiaries. “The way Pradhan Mantri Garib Kalyan Anna Yojana is being implemented in the state defines the new Uttar Pradesh,” he added.

The Prime Minister also praised the state government for its fight against the pandemic. “Uttar Pradesh has become the first state to administer over 5 crore population with vaccine doses. This shows how people belied the misconceptions about the ‘Made in India’ vaccine and took the shots,” said PM Modi.

Modi lashed out at the opposition for disrupting the parliament.  “Few people are doing everything to stop the progress of this country. They are trying to stop Parliament, but people will not tolerate this,” he said. The Prime Ministers expressed faith that “130 crore population of this country will face every challenge and move forward despite all obstacles”.