Modi, not Manmohan, ensured Assam gets its due of oil royalty: Pradhan 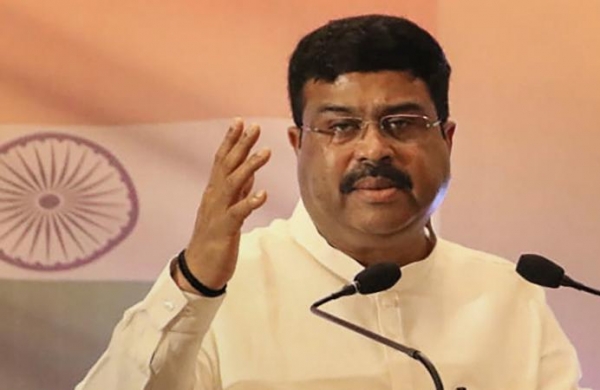 By PTI
DHEMAJI: Union Petroleum and Natural Gas Minister Dharmendra Pradhan on Monday said that it was Prime Minister Narendra Modi who ensured that Assam gets its due of Rs 6,000 crore oil royalty which the earlier Manmohan Singh-led UPA government had failed to give to the state.

Pradhan, speaking at the function where the prime minister dedicated three projects of his ministry worth Rs 3,222 crore to the nation, said that Singh not only refused to pay the royalty to Gujarat when Modiji was the chief minister but also did not to give it to Assam which he represented in the Rajya Sabha.

“We can understand his antagonism towards the Modi-led Gujarat government. But why did he deprive the state he represents?” he said.

In 2014, after Modi became the prime minister, he had offered the royalty to the then Congress regime in Assam but it was refused.

When the Sarbananda Sonowal-led BJP government took charge, the state got its rightful share of oil royalty, the minister said.

“Under the guidance of the prime minister since 2014, petroleum and gas projects worth Rs 95,000 crore were approved for Assam, which are under various stages of implementation and we are very grateful to him for championing the development of Eastern India,” he said.

Holistic development of the Eastern part of the country, including Assam, has been a priority for the prime minister and the government is determined to establish the region as the new growth engine of ‘Aatmanirbhar Bharat’, Pradhan said.

The three projects dedicated to the nation by the prime minister at Silapathar on Monday will lead to accelerated development of Assam and drive further growth in eastern India, he said.

The INDMAX unit will involve indigenously developed technology in line with the spirit of Aatmanirbhar Bharat and it will also increase the crude processing capacity of Bongaigaon refinery and enhance the availability of LPG and other clean fuels in the region, he said.

The Secondary Tank Farm in Madhuban and Gas Compressor Station at Makum will ensure safe, secure and environment- friendly storage of oil and gas, strengthen energy availability and supply security in the region and support India’s transition to a gas-based economy, the minister added.