Modi ‘migratory bird’: Grand Alliance hits out at PM ahead of Assam polls 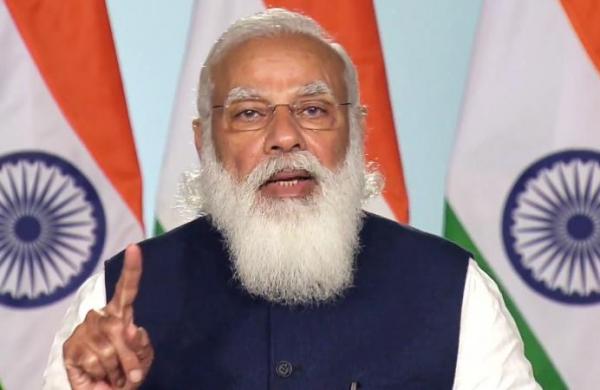 By PTI
GUWAHATI: The Congress-led Grand Alliance in Assam on Monday called Prime Minister Narendra Modi a “migratory bird” who visits the state often but does not solve any problem.

The comment was made after Modi paid his third visit in a month to the poll-bound state and dedicated to the nation a number of projects in different parts of the state.

The Congress, which had posed six questions to the prime minister before his arrival, placed them again at a joint press conference with five alliance partners after he left.

The questions asked were related to the Citizenship (Amendment) Act, generation of employment in the state, granting of ST status to six communities, rise in the prices of essential commodities, minimum wage to tea garden workers and the exorbitant rise in fuel price.

The Congress, which was in power for 15 years in the state since 2001, has formed the ‘Grand Alliance’ with Badruddin Ajmal’s AIUDF, CPI, CPI(M), CPI(ML) and Anchalik Gana Morcha (AGM), which was launched by a section of intellectuals, to fight the coming Assembly election against BJP.

Assam Pradesh Congress Committee president Ripun Bora said “We asked six questions to Modi and hoped that he will answer at least one of them. Unfortunately he did not do that. He is just a migratory bird and nothing else. Let him come, visit and then go back”.

Continuing his attack, Bora, also Rajya Sabha MP, said “Modi said he will continue to come to Assam till the model code of conduct for the Assembly election is enforced.

Why did he not come when the state was suffering from flood? Why did he not come when five youths were gunned down by police during the anti-CAA movement (in December 2019)?” He also questioned Modi’s silence over kidnapping of two oil sector employees by ULFA(I) militants and sought to know what action the government is taking for their safe release.

“The BJP-led NDA is frustrated, scared and trying to save its government. They have lied in every front — NRC, Assam Accord, CAA, investments and border sealing. The people now know that it is bluffing,” he added.

CPI(M) Assam Committee Secretary Deben Bhattacharyya said the BJP government gave jobs to only 80,000 youths in the state against its promise of 25 lakh employment in the last five years.

AGM working president Manjit Mahanta wondered why Modi and other “big” national leaders are visiting the state repeatedly if BJP is not scared of the ‘Grand Alliance’.

Modi had since January 23 addressed three public rallies at Sivasagar, Dhekiajuli and Silapathar as part of official functions to roll out various schemes and projects.

The 2016 election had given a fractured mandate and no party got an absolute majority in the current assembly.

BJP is currently the single largest party with 60 MLAs, while its allies Asom Gana Parishad and Bodoland People’s Front now have 13 and 11 lawmakers respectively.

The ruling coalition also has the support of an independent MLA.

The opposition Congress has 19 MLAs at present, while AIUDF has 14 members in the House in Assam.