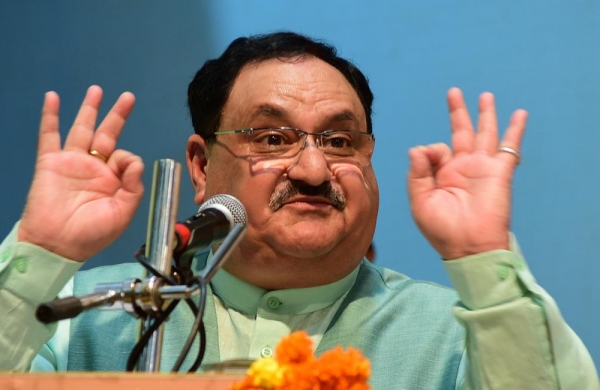 By PTI
NEW DELHI: BJP president JP Nadda said on Wednesday that the Modi government has brought Northeast India into the mainstream of “development, connectivity, education and tourism”.

Noting that the state party unit is going to launch a membership drive with a goal of making 300 members in each booth, he said all sections of the society should be part of the drive with special emphasis on including tribal people as party members.

Nadda claimed that Manipur has turned over a new leaf under the BJP government headed by Chief Minister N Biren Singh, saying there is a visible change in the law and order situation.

The state’s borders are now more peaceful, and its law and order situation has improved considerably, he said, noting that India’s “best police station” is now in Manipur.

“Manipur has earned this badge of honour because of the effective leadership in the state,” he said.

All the social welfare and economic schemes announced by the prime minister are being effectively implemented in Manipur, benefitting all sections of society.

The state has seen 10 lakh new bank accounts opened under the Jan Dhan Yojana while 1.56 lakh gas connections have been provided to people under the Ujjwala Yojana, he said.

It is now fully electrified, he said, and added that the entire Northeast now has broad gauge railway lines.

Nadda asked the state government to see to it as to how local products can become a countrywide brand, supporting the idea of “vocal for local”.

The state also performed remarkably in the management of COVID-19 while bigger states with better medical facilities struggled to tackle the pandemic, he added.