Modern picture of basic schools will be visible in Yogi government 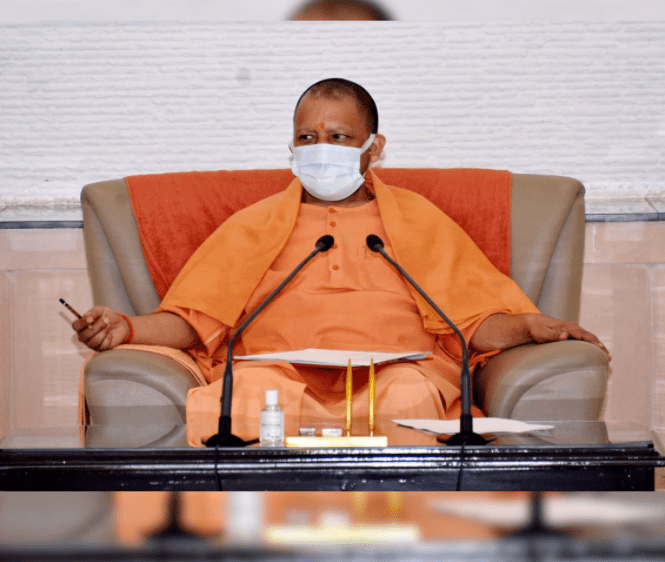 The picture of primary schools in Uttar Pradesh is about to change completely. The primary schools of the state are now giving competition to the convent schools. From smart class, library, computer to superb infrastructure, primary schools are moving towards modernization. It is the result of the efforts of the Yogi government that the number of students has increased rapidly. The result of this is that the state has secured a place in Grade-1 in the Performance Index (PGI) of the Department of School Education and Literacy, Government of India, 2019-20, while the position of primary schools before 2017 The situation was so bad that the parents did not want to send their children to these schools. The Yogi government has taken many important decisions to improve the condition of primary schools in the state. In the last four and a half years, the government has strengthened the primary education system in the state. Elementary schools were revamped in a very short span of time. The State Government has extended basic facilities for the students in more than 1.33 lakh schools. Hundreds of schools have become better than private schools and competing with convent schools, like private schools, here all kinds of facilities have been provided for better education of the children. All kinds of facilities are being provided to the students with smart class room, playground, library and better classrooms for children. After the initiative of Yogi government, the number of students here is also increasing rapidly. In the last four and a half years, the parent, Dhalni ji has been taking admission of his children in the parishadiya schools instead of choosing the school. Chief Minister Yogi Adi Tyanath started Operation Kayakalp in 2019. Under this, efforts are being made to provide a clean and safe environment with modern environment to 1.64 lakh children studying in 1.33 lakh parishadiya schools. Under the scheme, arrangements are being made for beautification of the school, pure drinking water, toilets, furniture etc. About 90 percent of the schools have been satisfied with the scheme. So far more than one lakh twenty thousand appointments have taken place in the basic education department in the state. At present there are 5.75 lakh teachers in 1.33 lakh parishadiya schools, who are providing quality education to the children. To ensure that the children’s education goes on smoothly, children were provided with books on time. Along with this, sweaters and jotu-mojis were also provided to the children to avoid the cold along with school dresses. To make this system transparent, this time the government has sent about 1200 rupees directly to the account of the parents. It is worth noting that before 2017, many parishad schools were on the verge of closure. The number of students was continuously decreasing. When the BJP government came in 2017, “School Chalo Abhiyan” was made a mass movement. As a result of this, 54 lakh new children will go to these schools in four and a half years. There was a time when 75 percent of the children used to come naked. The Yogi government made arrangements for Jatu-moji for the children. To avoid the cold, sweaters were given, along with two dresses were also arranged. Like this:Like Loading… Continue Reading

The work of keeping cattle in the cow-sheds which are being completed should be expedited: Chief Minister Shri Chouhan

There should be such a program that Narmadapuram division becomes an example in the state: Chief Minister Shri Chouhan