MLA Vikram Mandavi reached Bhadrakali temple, visited the area and gave many gifts to the people 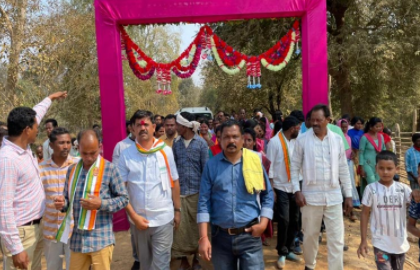 MLA Vikram Mandavi reached the gram panchayat Bhadrakali temple on Tuesday, the first day of his three-day Bhopalpatnam tour. He wished for the development of the area by visiting Bhadrakali. To make Bhadrakali village a tourist center, he performed a ground worship of the returning wall around the Mata Bhadrakali temple. Immediately approved the construction of Jyoti Kalash shed, community hall, Kala Manch and food shed for the devotees in the temple. Apart from this, one water tanker was handed over to Chendur, Kottur and Attukapalli.