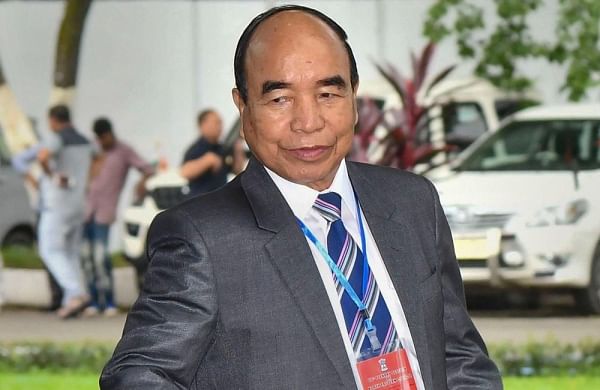 GUWAHATI: Mizoram Chief Minister Zoramthanga has urged the Centre to appoint someone with working knowledge in the Mizo language as the state’s chief secretary since the Mizos at large and his Cabinet Ministers do not know Hindi.

The incumbent chief secretary is Renu Sharma who assumed charge on November 1. She succeeded Lalnunmawia Chuaungo.

In an October 29 letter to Union Home Minister Amit Shah, Zoramthanga said even as he was seeking additional chief secretary JC Ramthanga to be the next chief secretary, the Ministry of Home Affairs appointed Renu Sharma in the post.

“The Mizo people by and large generally do not understand Hindi. None of my Cabinet Ministers understands Hindi. Some of them even have a problem with English. With such a background, a chief secretary without the knowledge of a working standard Mizo language will never be an effective and efficient chief secretary,” Zoramthanga wrote.

He said this was the reason why the Centre had never appointed a person, who does not know Mizo, as the state’s chief secretary. “Whether it is the UPA government or the NDA government at the Centre, this has been a practice since the creation of Mizoram state,” Zoramthanga wrote.

But the fact remains that Chuaungo had succeeded Arvind Ray, a non-Mizo IAS officer of the 1984 batch. It could not be ascertained if Ray has any flair in the Mizo language.

It is a well-known fact that in other states of India, a chief secretary, who does not know even the basic working language of the respective state, is never posted at all, Zoramthanga wrote.

In seeking a Mizo in the post, he sought favours for his loyalty to the National Democratic Alliance (NDA).

“I have been an NDA partner from the beginning up to this time. While many of the states are changing themselves from one alliance group to another, I am the only one in the whole of Northeast who has been a faithful partner of NDA. I, therefore, believe that I deserve a special favour and consideration for this faithful friendship with NDA,” the Mizoram CM wrote.

He said if his request was not accepted, opposition Congress would make a mockery of him for faithfully serving in the NDA. “I, therefore, earnestly request you to modify the order and kindly accept my proposal,” he further wrote.