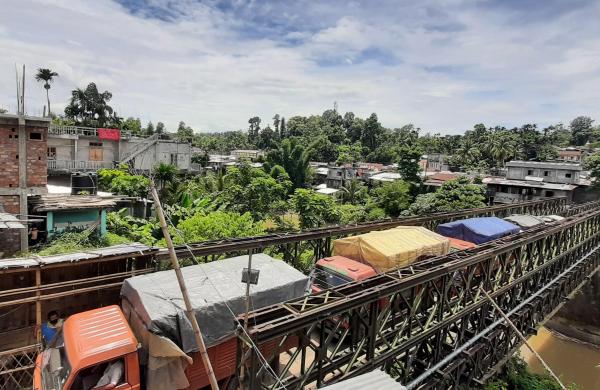 Express News Service
GUWAHATI: With supplies choked due to an “economic blockade” imposed by the locals in Assam’s Cachar and Hailakandi districts since July 27, Mizoram has begun transporting essential items from Tripura.

Several trucks, carrying the first consignment of essential commodities, entered the state on Friday from Tripura.

The blockade was imposed on two roads, which lead to Mizoram via Cachar and Hailakandi, as a mark of protest against the July 26 violence on the interstate border that left six Assam Police personnel dead and scores others, including an IPS officer, injured.

Lalrinliana said the Food Corporation of India (FCI) would transport rice to Mizoram from Tripura. The Mizoram government has signed an agreement with the FCI in this regard, he said.

According to the minister, Mizoram has sufficient rice stocks. He said the state government was in talks with Manipur government for the transportation of fuel and LPG cylinders.

“The state government is taking all steps to make sure there is no crisis of essential commodities,” Lalrinliana said.

Chief Minister Zoramthanga was optimistic the Centre would help resolve the border problem. “I still hope for an amicable solution to the #AssamMizoramBorderTension from the Central Government,” he tweeted on Friday.

In another tweet, he wrote: “Northeast will always be #One.”

The District Magistrate of Mizoram’s Kolasib issued a public notice on Friday stating that there would be no restriction on the movement of non-residents of Mizoram traveling through Kolasib.

“Mizo residents are also advised to cause no disturbance and harm to non-locals within Kolasib district in connection with the interstate boundary issue on Mizoram-Assam border,” the notice reads.

Given the border skirmishes and resultant tension, the Assam government had issued a travel advisory on Thursday, asking the people of the state not to travel to Mizoram.