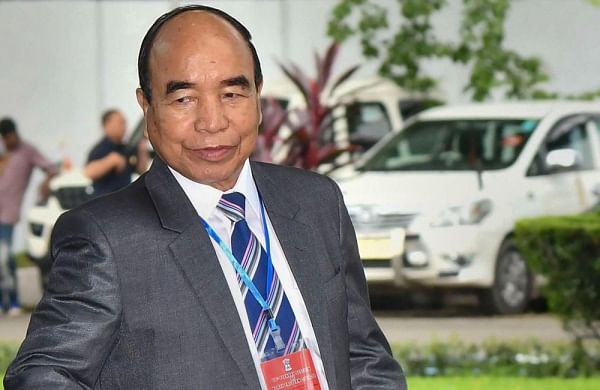 The decision followed the Assam government’s withdrawal of the FIR lodged against Mizoram MP K Vanlalvena.

“In order to build a conducive atmosphere for an amicable solution to the #MizoramAssamBorder dispute and to reduce the plight of suffering citizens, I have directed @mizorampolice to withdraw FIR dt. 26.07.2021 filed at Vairengte, Kolasib District, Mizoram against all the accused persons,” Zoramthanga tweeted.

They were accused of “attempt to murder and criminal conspiracy”. The FIR was lodged on July 26, the day the border violence occurred.

The FIR against the Mizoram MP was withdrawn earlier in the morning.

He said this was done at the instruction of Sarma and in the interest of de-escalation of tension along the border.

Taking note of the statements in the media about Zoramthanga expressing desire to settle the border dispute amicably, Sarma said Assam was also committed to ensuring peace. To take the goodwill gesture forward, he directed the police to withdraw the FIR against the Mizoram MP.

The Assam CM, however, said the cases against six accused Mizoram officials and other miscreants would be pursued.

Sarma had on Sunday said the July 26 incident would be investigated. He said the probe was needed as six persons had lost their lives and their families might want to know the truth — what exactly happened on that fateful day.