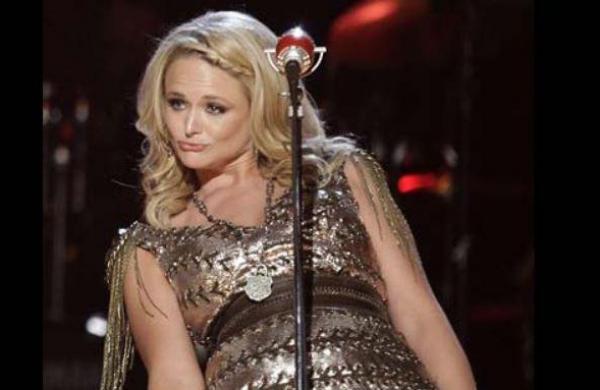 By ANI
WASHINGTON: Singer-songwriter Miranda Lambert recently recounted a scary moment on the road with her husband Brendan McLoughlin.

The ‘Settling down’ singer took to Instagram on Thursday (local time) to share a handful of photos of a silver camper soaking in a sunset, as well as a snap of herself inside the camper, her dogs napping together and a video of some of the damage the camper sustained during a recent trip.

“Y’all we made it home to Nashville. A few days earlier than planned,” Lambert wrote in the caption.

She recounted stopping in Greensboro, Georgia near Lake Oconee and choosing to stay for an extra night “because it was so beautiful.”

After an evening of making friends over dinner, the couple had an intense encounter on the road.

“Unfortunately on the way home going through Atlanta, a person in a small car with temp plates was driving erratically and tried to squeeze between us and [a] semi-truck going 70 on I-20 W. It hit the airstream on the passenger side and sent us into the left lane. We fishtailed pretty good but got on the shoulder as quickly as possible to assess the damage,” Lambert recalled.

“Nobody was hurt,” the star assured her fans, but added that “nobody stopped either and the car sped away.”

“We are so thankful that nothing worse happened. Our vehicle and trailer were driveable so we made a report and hauled home,” “I called mama right away to say that I know her prayers are always heard cause I know she prays for us every morning about 4:30 am. Especially when we are on the road,” she said.

The singer also praised her beau for keeping the trailer “pretty steady for being side swiped.”

“Thanks to @airstream_inc and @southland_rv, we are gonna be repaired and back to our vagabond ways soon. Anyway, overall it was an amazing trip and we learned we have a lot to see and a lot to be grateful for,” Lambert concluded.