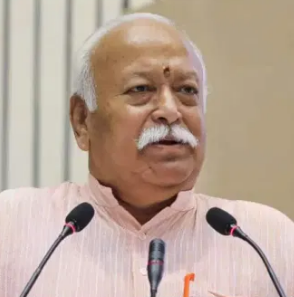 The National Commission for Minorities (NCM) has Monday issued a notice to India Today for wrongly attributing a quote to RSS chief Mohan Bhagwat on ‘superiority of Hindus’. A complaint was filed against the media house earlier for the same. The NCM has asked India Today to revert in 15 days so that the matter can be placed before the commission for consideration. The commission has taken cognisance of the complaint it received regarding a Tweet posted by India Today on October 10, in connection with an alleged statement of RSS chief Mohan Bhagwat. The complainant, one RP Singh had brought up the matter before the commission for consideration. Sharing a screenshot of India Today Tweet posted by the media house on its official Twitter handle on October 10, RP Singh had asked NCM to take Mohan Bhagwat. of the fake news posted by India Today regarding the RSS chief Mohan Bhagwat. Singh said that though the media house had later taken down the Tweet, it’s screenshot will be highly misused to spread communal disharmony. While filing a complaint with the NCM, RP Singh also shared an excerpt from Mohan Bhagwat’s interview, highlighting how India Today had distorted the statement made by the RSS chief. He had urged Aroon Purie, the chairman of the India Today group to issue a statement retracting the fake Tweet and apologise publicly for the irresponsibility shown by his channel.