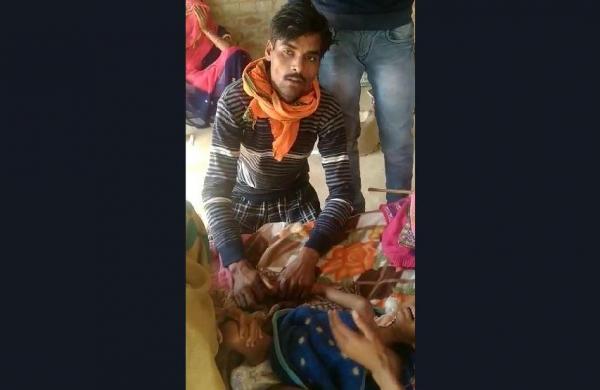 By Express News Service
LUCKNOW:  The National Commission for Protection of Child Rights (NCPCR) on Saturday shot off a notice to the Prayagraj district administration seeking a complete report on the death of a three-year-old girl at a private hospital in Prayagraj on Friday night.

The girl was handed over to her kin by the doctors of Unity Medicity Hospital without stitching and dressing the wound following abdominal surgery. The minor was left to die by the doctors over non-payment of dues to the tune of Rs 5 lakh by her parents.

The NCPCR asked the Prayagraj DM Bhanu Chandra Goswami to conduct a detailed inquiry into the case, register an FIR against the culprits under relevant sections of IPC, and recommend strict action against the doctors and staff of the hospital.

The Commission also recommended compensation to the victim’s family.

The state government has also ordered an inquiry into the incident, the video clips of which are doing rounds on social media platforms.

The hospital sources, however, denied the incident while talking to media persons. Frequent calls to the hospital authorities went unanswered.

The distraught family from Manjahanpur in Kaushambi had recently brought the girl to the Unity Medicity Hospital in Prayagraj after she complained of abdominal pain.

The case came to light after a Twitter user posted a series of tweets sharing pictures and details of the inhuman treatment meted out to the family. Taking cognizance of the matter, Prayagraj district magistrate Bhanu Chandra Goswami constituted a two-member investigation committee comprising the chief medical officer and additional district magistrate (city) to establish the truth of the matter.

“As the family belongs to Manjhanpur, the Kaushambi police has sent the body for autopsy to get the exact time and cause of her death,” added the DM. Meanwhile, the video making rounds on social media allegedly shows the minor writhing in pain with a pipe sticking out of her nose while the father is explaining the plight.

Another disturbing video shows the minor with an open wound and house flies swarming it.