Ministers have increased but not COVID vaccines: Rahul Gandhi’s jibe at Modi Govt 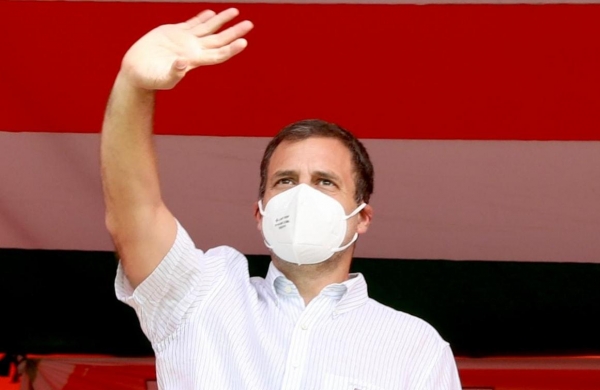 By PTI
NEW DELHI: Congress leader Rahul Gandhi on Sunday took a swipe at the central government, saying the number of ministers has increased but not the COVID vaccines.

He also shared a chart of the average vaccinations per day, which are falling short of the target to vaccinate all adults by December 2021.

ALSO READ: ‘Bulky Cabinet’ of no use if public investments not higher, says Yechury

The chart shared by Gandhi was on India’s vaccination equation that aims to stop the third wave of COVID-19.

The chart stated that the target is to vaccinate 60 percent population with both doses by December 2021 and the required vaccination rate per day is 8.8 million.

The Congress has been raising the issue of shortage of vaccines in the country and has urged the central government to speed up inoculations, saying it is the only way to stop the third wave of COVID-19.

The BJP had hit back at the opposition party by targeting the performance of Congress-ruled states and had also accused it of encouraging vaccine hesitancy.