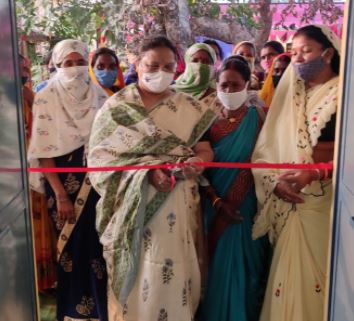 Mrs. Bhendia first performed the Bhumi Pujan of the Society Paddy Procurement Center in village Karutola. He announced various works of village development on local demands. With this, he offered prayers at the village Thema Bujurg temple He inaugurated the Bhoomipujan of additional school buildings at Village Kande and Village Pichetola and new school buildings at Village Bahmani, Village Kopdera and Village Kotagaon. Along with this, he also performed Bhoomipujan of Paddy Bought Center in village Kotagaon. Hearing the problems of the villagers in the tour program, he directed the competent authorities for quick action. During this period, public representatives and administrative officers of district, district and gram panchayat were present.