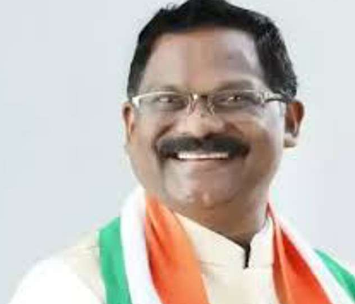 Minister in-charge of Food Civil Supplies and District, Shri Amarjit Bhagat, today undertook multi-activity activities at a cost of about 1 crore from the Mineral Trust Fund item to be run through women through self-help groups in Gauthans of Jashpur district through virtual medium. Was launched From Virtual to Parliamentary Secretary and Kunkuri MLA Mr. U.D.Minj, Pathalgaon MLA Mr. Rampukar Singh and Jashpur MLA Mr. Vinay Bhagat, Collector Mr. Mahadev Kavre and District Panchayat CEO Mr. KSMandavi, Public Representatives from all SDMs, District CEOs and Gowthans. Women from the self-help group, social worker Shri Suraj Cherasia were involved.
In-charge Minister Shri Amarjeet Bhagat spoke to the women of Sonokari of Manora development block and Zoratarai self-help group of Kunkuri development and got information about the activities of Gauthan through virtual medium. At the same time while giving our heartiest congratulations and best wishes to all, he said that as per the wish of Chief Minister Mr. Bhupesh Baghel in Jashpur district, a meaningful effort is being made to make women of self-help groups financially self-reliant in Gothans. Poultry farming, goat rearing, chain finishing, sericulture, vermi compost manure, mushroom production sewing machine, mini rice mill are also being operated for women. Now self-help women are also being encouraged by the state government to prepare super compost fertilizer. So that women can become financially self-reliant. He said that better work was done during the protection of corona infection under the guidance of Shri Mahadev Kavre, District Representative and Collector of Jashpur District. Now Gothanas are also being given a morphed look. If everyone’s participation is necessary in the success of any work, then you definitely get success in that work. This effort is being made continuously by the district administration. The minister in-charge instructed the collector Mr. Mahadev Kavre that he should provide water facilities in the Gauthanas which do not have water facilities. Besides, instructions have also been given to provide electricity facility in Gothans. Also, in view of the safety of corona infection, the health centers which require ambulance or other facilities have also been directed to supply them with special attention.
Parliamentary Secretary and Kunkuri MLA Mr. U.D.Minj while addressing through virtual said that better work is being done in Jashpur district as per the state government’s recommendations. He has given instructions to develop the pasture with special attention to the Gothans. Those who do not have water facilities have asked to provide water facilities so that the women of the group can join the livelihood in the Gothans. He said that according to the Chief Minister Mr. Bhupesh Baghel, to make the Gauthans financially self-sufficient, the development of the Gouthans would have to be done in a better way. So that the villagers can benefit financially from it. He said that officers should regularize Gothans by fixing time-limit.
MLA Pathalgaon Shri Rampukar Singh while giving his heartiest congratulations and best wishes to all, said that today multi-activity of Gothans has been launched through virtual, definitely the women of rural areas will get the benefit and they will benefit. MLA Jashpur Shri Vinay Bhagat while giving his heartiest congratulations and best wishes to everyone on the occasion said that as per the wish of Chief Minister Shri Bhupesh Baghel, a meaningful effort is being made to make women financially self-reliant in Jashpur district. The team of district administration and officer staff is working continuously. In the Corona era, meaningful efforts are being made to provide necessary health facilities to the people. MLA Shri Vinay Bhagat thanked the Minister in-charge and said that the Oxygen Concentrator has been made available to the health center of Jashpur district under the head of mineral trust fund in the coronary period and its benefits are being provided to the patients at the right time. He said that poultry, goat, pig rearing, chain finishing works are being done in Gowthan in Jashpur district and women are getting connected with economic livelihood.
Collector Shri Mahadev Kavre informed that there are a total of 214 Gothans in Jashpur district, out of which active Gothan is 190. Total registered vendors 7927, total active sellers 6490 people have sold dung. The quantity of cow dung is 98619.97 quintals, the total amount being 19723994. A total of 3328.38 quintal of manure has been produced in 70 gothans in a total of 214 Gouthans, which yielded a total amount of Rs 2902380 by selling a total of 2902.38 quintal of manure.
Today, the women of self-help groups of Gowthan in the district have been selected by the Department of Horticulture through virtual online today. Under the scheme, 49 self-help groups have been given under the protection unit solar dryers. 2 lakh 77 thousand 450 rupees for construction of two plates for the machines of Suraj self-help group of Manora block, similarly, 2 lakh for the machine for the construction of two plates for the women self-help group of Ramasama Gowthan of garden development block. 77 450, Shalom women self-help group of village Sajbahar in Farsabhar development block, 1 lakh 66 thousand 470 for construction of two plates, Khushbu women of Jhagpur in Jashpur, 2 lakh 59 thousand for self-help wire building, villages of Manora development block 67 thousand 823 rupees for the production and training of women from Ganga Maa women self-help group of Manora for production and training work from Mecca, edible oil production to the women self-help group of village Sonakyari of Manora development block