Mi17-V5 among safest of helicopters in world: IAF veterans 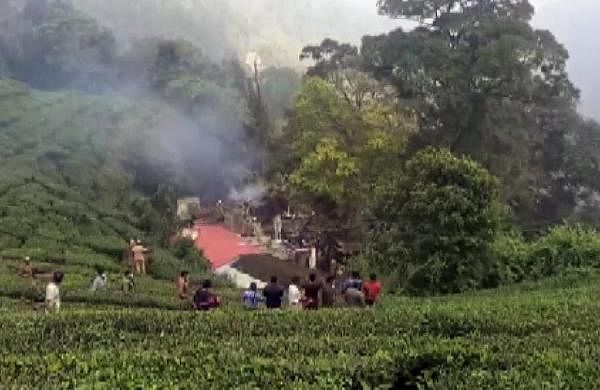 BENGALURU: The Mi-17V5 helicopter with Chief of Defence Staff (CDS) General Bipin Rawat on board crashed 10 minutes before it was to land at Wellington, where the CDS was to address students and faculty members at the Defence Services Staff College.

“The timing of the air crash shows that the helicopter was already in descent mode,” said Air Marshal Philip Rajkumar (retd) while discussing the possible reasons for the tragic air crash in which General Rawat, his wife Madhulika Rawat and 11 other were killed in Tamil Nadu on Wednesday.

Ruling out bad weather, the former test pilot and director of Aeronautical Development Agency (ADA) said before taking off from Sulur air base, the pilot would have received weather clearance from Wellington. The Mi17-V5 is part of the Air Headquarters’ Communication (Com) Squadron. It is used for flying the President and the Prime Minister.

“This particular helicopter must have been from the Sulur air base, which has an Mi17 unit. The flight duration between Sulur air base and Wellington is around 15 minutes,” he added.

A twin-engine chopper of Russian origin, the Mi17-V5 is supposed to be one of the safest helicopters in the world. “It is the latest acquisition and a workhorse of the Indian Air Force (IAF) and has a sound safety record,” said Air Marshal BK Pandey (retd).

The IAF veterans said it is difficult to speculate the reasons for the crash and only a Court of Inquiry will be able to establish the cause. When asked whether sabotage could be a reason, Rajkumar said sabotage was a standard term of reference for any Court of Inquiry into such fatal defence accidents.

Meanwhile, sources said some locals saw a ball of fire in the sky and the debris of the helicopter in flames as it fell on the trees. “It is possible that as the helicopter was descending, the pilot may have hit a tree because of the mist. The helicopter fell like a stone and turned into a ball of fire,” said a source.