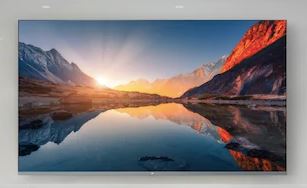 Xiaomi Mi QLED TV 4K with a 55-inch QLED Ultra-HD screen was launched in India on Wednesday, priced at Rs. 54,999. The Android TV and PatchWall-powered Mi QLED TV 4K is the company’s first QLED TV in India, and is also its most premium television series yet, offering a step up over the existing LED TV range. The new television has a resolution of 3840×2160 pixels, and is available in only a single 55-inch size option, with support for HDR up to the Dolby Vision format.

Priced at Rs. 54,999, the Mi QLED TV 4K is the most expensive 55-inch television currently on offer from Xiaomi in India. Available in only a single 55-inch size option for now, the Mi QLED TV 4K goes up against QLED TV options from brands such as OnePlus and TCL, which are similarly priced at around or under the Rs. 60,000 mark. At this price, Xiaomi is offering similar specifications and features at a similar or lower price to options such as the OnePlus TV Q1 and TCL 55C715 (Review).

The Mi QLED TV 4K will go on sale in India on December 21, at 12pm (noon) IST, via Flipkart, Mi.com, Mi Home stores, and other retail stores including Vijay Sales.