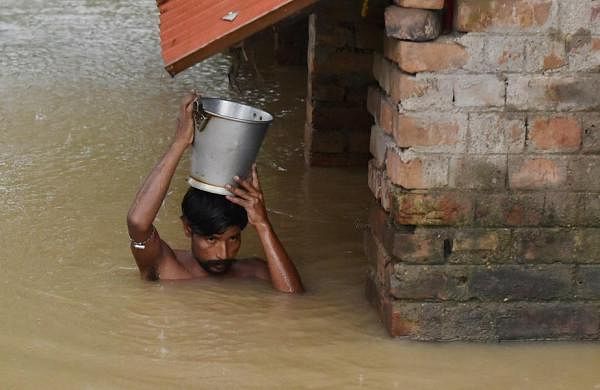 KOLKATA: The already grim flood situation in south Bengal is likely to worsen with the MeT department on Wednesday predicting heavy rainfall in the region owing to a cyclonic circulation over the north Bay of Bengal and the presence of an active monsoon trough.

“Due to a cyclonic circulation over north Bay of Bengal and its adjoining areas and the movement of a monsoon trough from Sriniketan, Diamond Harbour to northeast Bay of Bengal, widespread rainfall activity is likely in the districts of Gangetic West Bengal from August 4 to 6,” regional MeT department director GK Das said.

The MeT department said that heavy rain is expected to occur at one or two places in Kolkata, Bankura, Purulia, Birbhum and Jhargram districts. The downpour is likely to continue in South 24 Parganas and Purba Medinipur till Friday morning, and Paschim Medinipur, Jhargram, Bankura and Purulia districts till Saturday morning, it said.

The weatherman also cautioned against rise in water level of rivers and inundation of low-lying areas in Gangetic West Bengal. At least 15 people died, and over three lakh got displaced after heavy rain over the past few days, followed by release of water from DVC dams flooded large parts of six districts in the state.

Prime Minister Narendra Modi telephoned Chief Minister Banerjee earlier in the day to take stock of the flood situation, and assured her of central assistance.