Messi strips off jersey to pay tribute to Maradona, fined 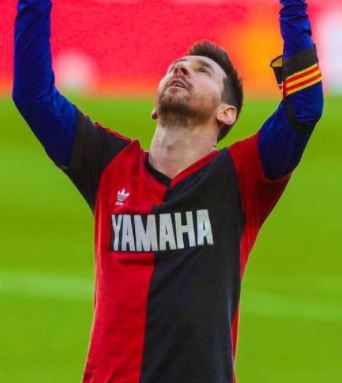 Lionel Messi, who took off his jersey to pay tribute to Diego Maradona, has been fined 600 euros ($ 720). The Spanish Football Federation’s Competition Committee on Sunday imposed the penalty after Barcelona’s 4–0 win over Osasuna in the Spanish League. Argentina’s star Messi took off Barcelona’s jersey after scoring a goal and wore the jersey of Maradona’s old club Newells Old Boys. After this, both hands raised in the sky and kissed.

The federation also fined Barcelona 180 euros. Messi was part of the Newells team before joining Barcelona at the age of 13. Maradona played five matches for Newells in 1994 during the final stage of his illustrious career. Messi also had to look for a yellow card for this. He and the club can appeal against this decision.

Let us know that the great footballer Diego Maradona, who made Argentina the world champion of football world, had said goodbye to the world in the past. He was 60 years old. Maradona died of a heart attack. Maradona suffered a heart attack at home. He also had a clotting brain two weeks ago, after which he had to undergo surgery.