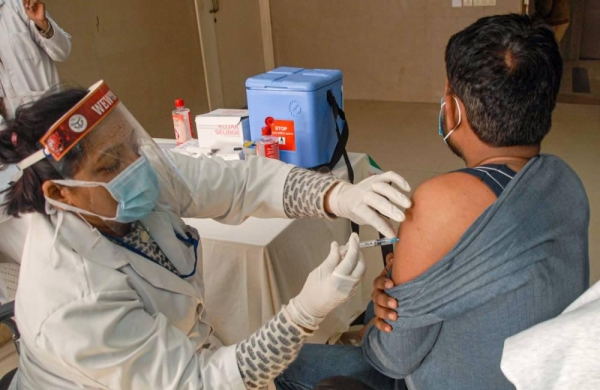 Express News Service
RANCHI: A member of the housekeeping staff, Mannu Pahan, 45, who was administered the COVID-19 vaccine on Monday at Medanta Hospital in Ranchi, died on Friday. The cause of his death is yet to be ascertained.

A team of doctors has been rushed in to investigate the case and further details will be obtained only after postmortem.

“He did not have any problem for the next two days after vaccination, but on Tuesday night he went out of his house and collapsed all of a sudden. By the time he was taken to the hospital, he was already dead,” said the civil surgeon Dr VB Prasad. Prima facie, it does not appear that he died of the vaccination, he added.

According to family members of the deceased, the condition of Pahan deteriorated all of a sudden on Tuesday night following which they took him to the hospital, where he was declared brought dead.

The Public Relations Officer of Medanta Hospital, Md Javed, said, “Within an hour of being administered the COVID-19 vaccine, Pahan returned to work and performed his duty uninterruptedly even the following day. All of a sudden, he fell sick and his family members took him to the hospital but he was already dead.” He said he had no information on whether Pahan was suffering from any illness.

Javed further informed that as many as 150 health workers and housekeeping staff were administered the COVID-19 vaccine at the hospital along with Pahan on February 1. A total of 10 people were given the vaccine from the vial from which Pahan was administered but no complaint was received from any of them, he added.

As per the data released by the health department, 48057 people have been administered the vaccine till Tuesday, but no major reaction was witnessed so far.