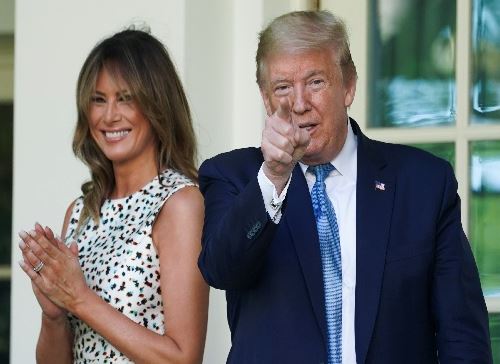 US First Lady Melania Trump has joined other members of her husband Donald Trump’s inner circle asking him to accept his loss and concede defeat to President-elect Joe Biden, informed a source familiar with the conversations.

The source said that although Melania has not publicly commented on the election, she has privately weighed in with her opinion, reported CNN.
“She has offered it, as she often does,” said the source.

The move came after Trump, in a statement, said that Biden is “rushing to falsely pose as the winner” and that the race is “far from over”.Trump claimed that networks were helping the Democrat “falsely” pose as the winner and promised to fight the results in court, reported The Hill.

President-elect Joe Biden had defeated Trump in a closely contested election, securing his win by a victory in the state of Pennsylvania which took him past the electoral college threshold of 270 votes. In this, his third attempt at the White House, Biden, a four-decade Washington figure as a Senator and then a vice president, received more than 74 million votes, 4 million more than Trump, and more than any other presidential candidate.