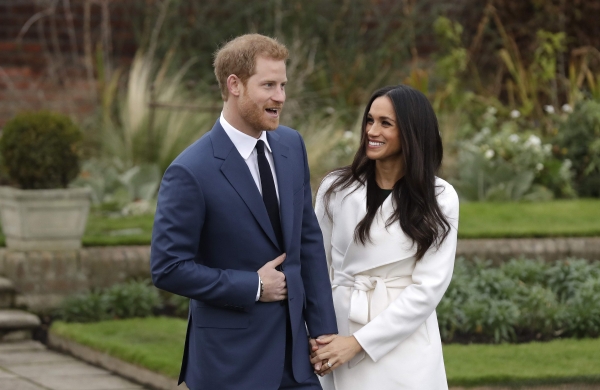 By ANI
WASHINGTON: Meghan Markle and Prince Harry are set to become proud parents to a little girl! The couple revealed the gender of their second child during their interview with American talk show host Oprah Winfrey on Sunday.

As per E! News, the Duke and Duchess of Sussex revealed that they are going to welcome a daughter, with Harry dropping the happy news when he joined his wife in the second half of the interview. Meghan added that their daughter is due in the “summertime.”

“To have a boy then a girl — what more can you ask for?” Harry candidly said. The couple also revealed that they will not have more children following their baby girl’s arrival: “Two is it.”

Prince Harry spoke about his feelings upon learning the baby is a girl, “Grateful, having any child, any one or a two would have been amazing, but to have a boy and then a girl . . . now we’ve got our family and we’ve got four of us.”

Meghan and Harry had announced their pregnancy news last month, with a stunning black-and-white photo that was taken remotely via iPad by their friend and longtime photographer, Misan Harriman. A smiling Harry looked lovingly at Meghan, who cradled her baby bump as she lay down in his lap.

The Duchess of Sussex wore a flowing dress by Carolina Herrera that was first made when she was pregnant with Archie. Meghan has a longtime rapport with the brand’s creative director, Wes Gordon.

The happy news, which they shared on Valentine’s Day, comes after Meghan revealed she suffered a miscarriage last July. “Losing a child means carrying an almost unbearable grief, experienced by many but talked about by few,” she wrote in a New York Times essay on November 25.

Meghan and Harry’s CBS special with Oprah marked the couple’s first joint interview since their royal exit, which was recently made permanent. In the interview, the duo discussed the reasons behind their decision to step back from their royal duties, which they had first announced in January 2020.

‘Oprah With Meghan and Harry: A CBS Primetime Special’ aired on CBS on Sunday. The special was produced by Harpo Productions. Terry Wood and Tara Montgomery executive produced, along with co-executive producer Brian Piotrowicz. The special will be internationally distributed by ViacomCBS Global Distribution Group.

Meghan and Harry officially stepped down from their roles as senior royals last year. Their desire to have a normal family life played a role in their groundbreaking decision.

Since last summer, Meghan and Harry have been living with Archie in their new home in Southern California, not far from Oprah’s, near Santa Barbara. Their interview with the former talk show queen and media mogul aired a month after Harry made a rare TV appearance on ‘The Late Late Show With James Corden’.

Markle and Harry, who tied the knot in 2018, welcomed their first son, Archie Harrison, in May 2019.