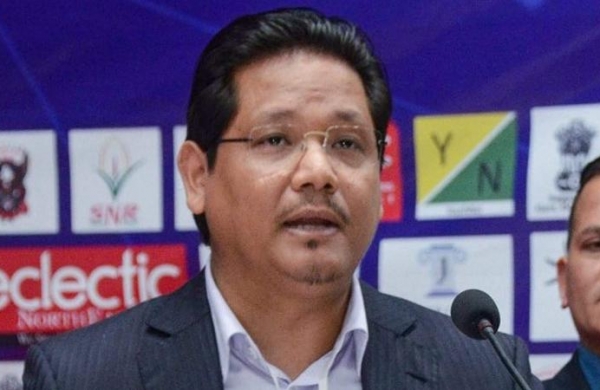 By PTI
SHILLONG: Meghalaya Chief Minister Conrad K Sangma on Monday called on Lok Sabha Speaker Om Birla in Delhi and informed him about the progress of construction of the new state Assembly building and invited him to visit the hill state, officials said.

“Apprised him on the progress of the construction of the Meghalaya Legislative Assembly and invited him to visit Meghalaya and give an audience to all members of our legislative assembly,” the chief minister tweeted.

A CMO statement said the chief minister and his colleagues also sought support and cooperation from the Centre for completion of the Assembly building by 2022.

During the day, the chief minister also called on several Union Ministers.

He called on Union Housing and Urban Affairs Minister Hardeep Singh Puri and sough financial support from the Centre for improvement of New Shillong Township including the development of roads and other infrastructure.

The chief minister also requested the Union Ministry’s support for the development of the aspiring Williamnagar Water Supply Scheme, the statement said.

In a meeting with Union Jal Shakti Minister Gajendra Singh Shekhawat, the chief minister intimated him regarding the implementation and progress of the ambitious Jal Jeevan Mission project in Meghalaya.

The CM also sought the ministry’s support for the state government’s proposed initiative to rejuvenate Wah Umkhrah and Umshyrpi river.

The CMO statement said, “the Union Minister spoke in support of the state government’s plans and instructed officials present in the meeting to ensure that the projects see the light of day.”

Snagma also called on Union Youth Affairs and Sports Minister Kiren Rijiju and apprised him of the ongoing construction of different sports infrastructure in the state.

He sought the Ministry’s support to organize the proposed North East Youth Festival 2022 in Shillong, to commemorate the 50th year of Meghalaya’s statehood.