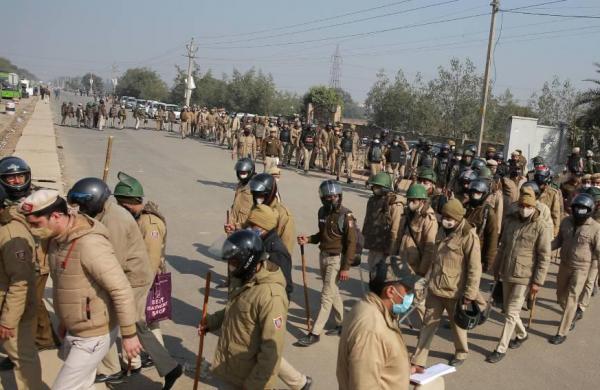 By Express News Service
NEW DELHI:  Freelance journalist Mandeep Punia was arrested by Delhi Police and sent to 14 days of judicial custody on Sunday, after a court rejected his bail plea.

A metropolitan magistrate court listed his bail application for hearing on Monday and asked the investigating officer to file his response.

According to Delhi Police, Punia was detained on Saturday night at Singhu border for misbehaving with police personnel. An FIR under IPC Sections 186 (obstructing a public servant in discharge of public functions) and 353 (assaulting a public servant in execution of duty) was filed against him at Alipur Police Station. IPC Sections 332 and 34 have also been pressed against him.

Other than Punia, journalist Dharmendar Singh was also detained but he was released after signing an undertaking.

The Press Club of India, Indian Women’s Press Corps and the Press Association demanded his immediate release and said no journalist should be stopped while carrying out their duties.

“Such crackdowns impinge on the media’s right to report freely and interfere with our right to freedom of expression, and freedom of the press as guaranteed by the Constitution of India,” the bodies said in a joint statement.

Journalists came out in support of Punia by holding demonstrations outside the Delhi Police headquarters, demanding his release.

They also took out a protest march from the police headquarters to the Press Club.

They said Punia, who contributes to The Caravan and Junputh, has been reporting on the agitation from the beginning and his arrest “is part of the government crackdown on journalists to prevent them from doing their job independently and freely.”