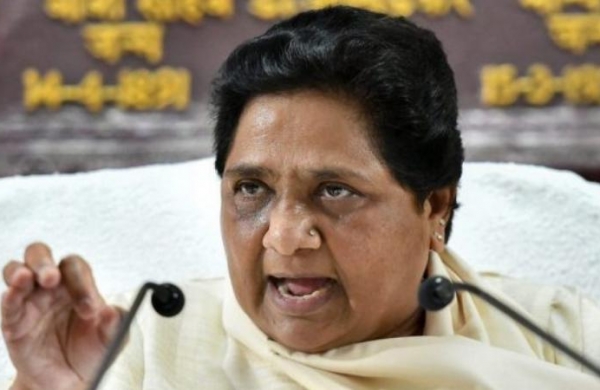 By Express News Service
NEW DELHI:  BSP president Mayawati on Tuesday extended support to the countrywide protest call given by the Samyukta Kisan Morcha on May 26 against agri laws, and asked the Centre to adopt a sympathetic attitude towards farmers.

Several other political parties, including the Congress and the Left parties, have also extended support to the farmers’ protest call. The agitating farmers will observe May 26 as ‘black day’ to mark the completion of six months of their protest.

Mayawati on Tuesday said in a tweet in Hindi, “Farmers of the country are continuously agitating even in the extreme calamity of Covid to demand the withdrawal of the three new agriculture laws. BSP supports the nationwide protest day on May 26 to mark the completion of six months of the movement. The Centre also needs to adopt a sympathetic attitude.”

Accusing the Centre of adopting a confrontational attitude towards farmers, she said the deadlock has resulted in tension, especially in the neighbouring state of Delhi. The BSP urged the Centre to negotiate with the agitating farmers and find a solution to their problems. Farmers have been camping at the Delhi borders since November last year, demanding the repeal of the Farmers’ Produce Trade and Commerce (Promotion and Facilitation) Act, 2020; Farmers’ (Empowerment and Protection) Agreement on Price Assurance and Farm Services Act, 2020; and the Essential Commodities (Amendment) Act, 2020.

The Samyukta Kisan Morcha (SKM), an umbrella body of over 40 protesting farmer unions, on Friday had written to Prime Minister Narendra Modi, urging for the resumption of talks. Several rounds of talks between farmers and the government had failed to break the deadlock over the legislations.